In 2016, Hillsborough County Public Utilities started the first pilot project in Florida for direct potable reuse. The reclaimed water that is produced meets all drinking water standards, and was even used in a competition for craft beer brewing.

Hillsborough County already has the largest retail reclaimed water program in the US, with more than 22,000 accounts. In 2009, the county produced about 34 million gallons per day on average, with over 22 million gallons being distributed to customers. The rest was discharged into surface waters. 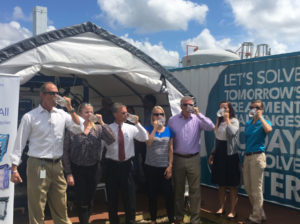 The average annual use of reclaimed water was around 60 percent, a byproduct of Florida’s both dry and rainy weather patterns. The utility’s long-term goal was to achieve 100 percent beneficial use of its reclaimed water 365 days a year.

An expansion with upgrades for reclaimed water 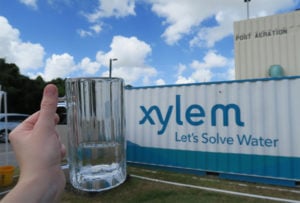 In July 2016, Tetra Tech – a provider of consulting, engineering, and technical services – collaborated with the WateReuse Association, Xylem, and GE to design, build, and operate a pilot purification process for direct potable reuse. The process would treat reclaimed effluent wastewater to comply with the federal Environmental Protection Agency (EPA) drinking water standards. 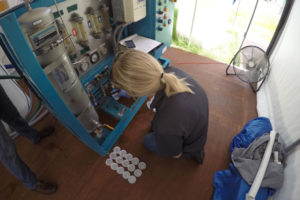 The Falkenburg plant is staffed around the clock, seven days per week by personnel certified in wastewater treatment. Operational staff is responsible for collecting and analyzing random samples throughout the system to ensure compliance with permit conditions, as well as preparing and submitting all required reports to the regulatory agencies.

The treated water in the pilot process was tested for primary and secondary drinking water standards, as well as non-regulated microconstituents, pharmaceuticals, and personal care products. Water quality monitoring revealed that the water from the process met all drinking water standards for maximum contaminant levels set by the EPA and adopted by the Florida Department of Environmental Protection.

The pilot project validated direct potable reuse, which is now a key initiative for many central Florida utilities. The implementation of the Central Florida Water Initiative requires the additional utilization of reuse water resources. Historically, any excess water not used by reuse customers was discharged to surface water.

In 2016, the WaterReuse Association had an idea – start the conversation about potable reuse with beer. Working with Special Hoperations, a beer brewing organization located in Tampa, they planned to provide potable reclaimed water for craft beer brewing in the New Water Brew Competition. 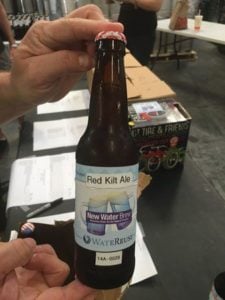 Potable reclaimed water produced by the Falkenburg plant – treated to the highest standards – was provided to around 100 registered home brewers. Each of them received around ten gallons of purified water for brewing.

The beers were sampled at the 2016 Annual WaterReuse Symposium in Tampa, where judges awarded cash prizes and medals. The beers received high praise from the judges, participants, and consumers. The beer samples were also showcased at the October 2016 WEFTEC conference in New Orleans, and are being taken on the road in 2017 for panel discussions, workshops, and beer tastings at water events throughout the US.