Looking for an audiobook to learn more about water and the natural world? Here is our selection of nine audiobooks that will give you new insights into how water has shaped the lives of humans, from ancient Egypt to modern-day Kansas. You’ll hear personal stories about how climate change is affecting everyday people and find new ways to look at the watery world around you.

The history of water, rivers and oceans

Water: A Biography
by Giulio Boccaletti 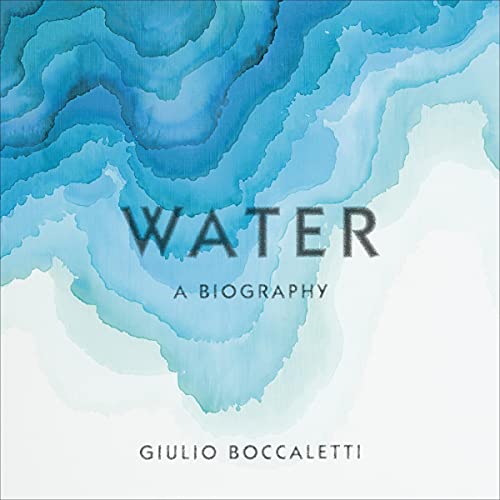 “One of the pathologies of water debates is that they tend to be very sort of technological,” said Boccaletti in an NPR interview about the book. “But really, what matters in water is the ideas that we have about it, and ideas have histories. And I started wondering where those ideas came from.”

In this audiobook, narrated by Boccaletti, the author describes how human history and societies have been inextricably linked to water, such as how in ancient Greece, the communal ownership of wells laid the groundwork for democracy.

Rivers of Power
By Laurence C. Smith and narrated by Victor Bevine 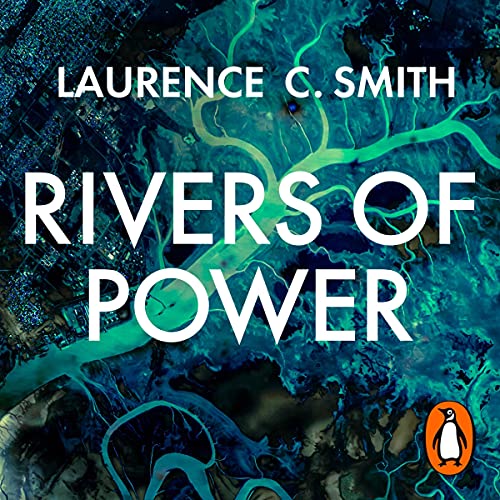 Smith, an environmental scientist, describes in the book how rivers, more than any road, technology, or political leader, have shaped the course of human civilization.

The Boundless Sea: A Human History of the Oceans
By David Abulafia and narrated by Nigel Patterson 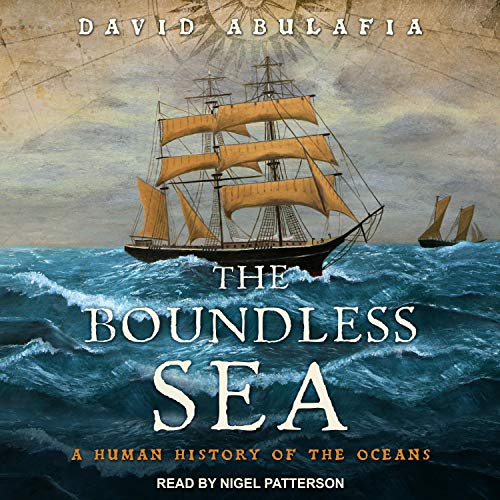 Rated one of the best history books of 2019 by the Financial Times, this book explores how the oceans of the world have transformed the economies and cultures of Africa, Europe, Asia, and the Americas.

“This is a book written with deep scholarship, but also with lightness and dexterity,” writes Alexander Larman in The Guardian. “It is the seamless melding of the personal and the universal that makes The Boundless Sea so compelling, as the reader meets explorers, brigands, religious fanatics and adventurers.”

What the Eyes Don’t See: A Story of Crisis, Resistance, and Hope in an American City
By Dr. Mona Hanna-Attisha

In this inspiring, first-person story narrated by the author, Dr. Mona Hanna-Attisha tells how she and a team of researchers, parents, friends and community leaders discovered that the children of Flint, Michigan, were being exposed to lead in their tap water, and how they fought to expose the truth to the world.

Erin Brockovich, consumer advocate and environmental activist, writes about the book: “It is one thing to point out a problem. It is another thing altogether to step up and work to fix it. Mona Hanna-Attisha is a true American hero.”

Rising: Dispatches from the New American Shore
By Elizabeth Rush and narrated by Coleen Marlo 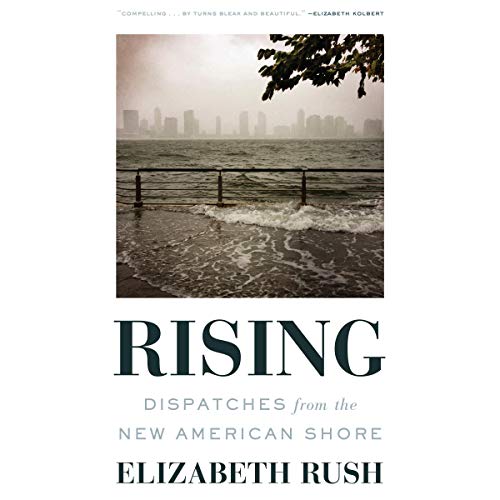 In this book, a finalist for the Pulitzer Prize in general nonfiction, author Elisabeth Rush tells the stories of people who are dealing with sea level rise and climate change in their own communities, many of them lower-income communities with a history of racial discrimination.

“I wanted to write this book really from their perspective,” Rush says in an interview, “to go on the ground in coastal communities, specifically in the United States, and to ask folks living on the front lines of sea level rise, what is it that woke you up to this reality, and what are you doing to rise to the challenges that it presents?"

Running Out: In Search of Water on the High Plains
By Lucas Bessire and narrated by John Chancer 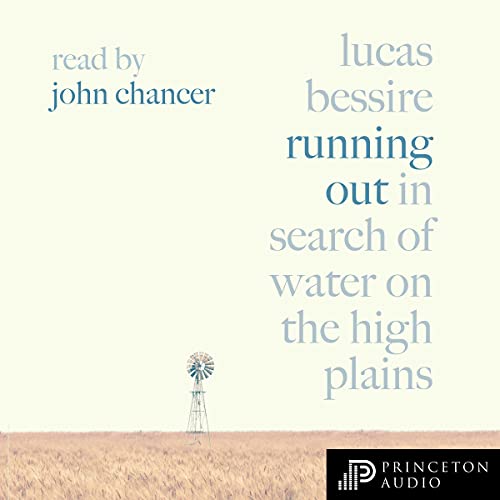 In Running Out, anthropologist Lucas Bessire gives a first-person account of how the depletion of the Ogallala aquifer in Kansas is affecting irrigation farmers, ranchers and his family. A Finalist for the National Book Award, the book looks at how politics, land ownership and climate change views have led to a problem with no easy solution.

“They don’t want the aquifer to run out,” Bessire said in an interview, where he discussed local farmers. “They would prefer to find a better way ahead. But they feel like they have no other choice. They feel like they're trapped in these systems of finance, of debt, of obligation, of different programs.”

Why We Swim
By Bonnie Tsui and narrated by Angie Kane 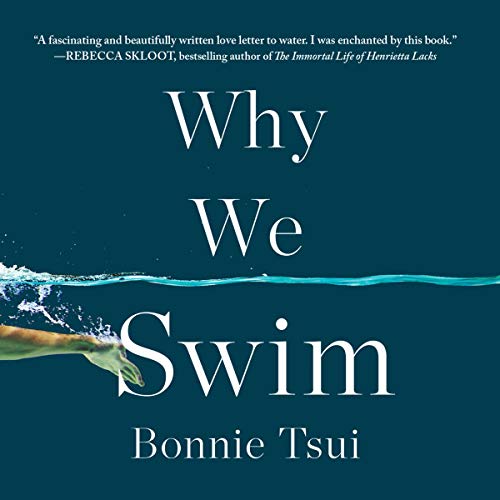 “It’s a cultural and scientific exploration of our human relationship with water and swimming,” Tsui says in an interview about her book. “My parents met in a swimming pool in Hong Kong – our early life as a family revolved around the water. As a journalist, I wanted to use this origin story as a jumping-off point to tell other people’s amazing tales of survival, well-being, community, competition and flow.”

A Time magazine “Must-Read Book of 2020,” Why We Swim tells the stories of Olympic champions, modern-day Japanese samurai swimmers, and an Icelandic fisherman who survives a cold, six-hour swim after a shipwreck.

The Secret World of Weather: How to Read Signs in Every Cloud, Breeze, Hill, Street, Plant, Animal, and Dewdrop
By Tristan Gooley 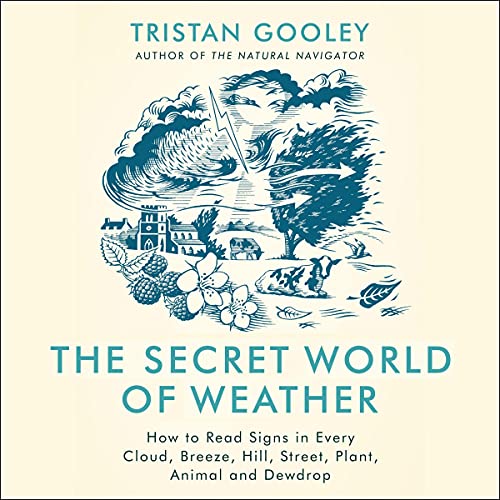 Selected by The Telegraph as one of the Best Books of 2021, The Secret World of Weather explains how people can read signs in nature to help them understand and predict local weather. Gooley is also the author of The New York Times bestseller: How to Read Water: Clues & Patterns from Puddles to the Sea.

Narrated by Gooley, the book aims to also help readers noticed sights and sounds they’ve never noticed before: “Listen for the way crickets chirp faster as the temperature rises. Spot how snowflakes shrink with colder air and grow just before they stop falling.”

Spying on Whales: The Past, Present, and Future of Earth's Most Awesome Creatures
By Nick Pyenson 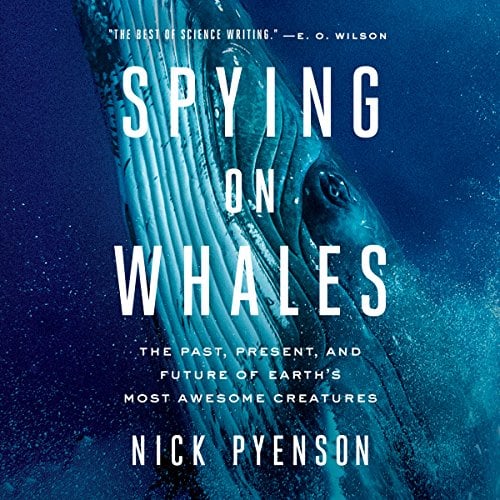 Named a best book by Popular Science, Spying on Whales takes a dive into the secret lives of whales, based on field research from Antarctica to Iceland. The audiobook is narrated by the author, Nick Pyenson, a paleobiologist and curator of fossil marine mammals at the Smithsonian Institution.

In an NPR interview, he described echolocation by toothed whales: “You can think of it as a kind of acoustic flashlight on the forehead of these whales. By the 1960s, the U.S. Navy was funding a lot of research into understanding how echolocation works, because it had such an important technological consequence. And even today, still, the sonar that’s used by the military is not as sophisticated as that of the ones that toothed whales use to navigate the world.”

5 videos on how toilets make the world a better place

How to communicate the value of water and engage the public

97 billion hours and still no toilet