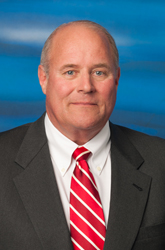 Mr. Loranger served as Chairman Emeritus of our Board until September 2013 when he was named CEO and President of Xylem Inc. on an interim basis. He served in this role until March 2014 when we named Patrick Decker as our new CEO and President. Mr. Loranger is the Former Chairman, President and Chief Executive Officer of ITT Corporation, our former parent company. Mr. Loranger spent seven years leading ITT, until the spin-offs of the company’s water and defense businesses in October 2011.

Prior to joining ITT, Mr. Loranger served as Executive Vice President and Chief Operating Officer of Textron, Inc. Earlier in his career he held executive positions at Honeywell International Inc. and its predecessor company, AlliedSignal, Inc.​

Mr. Loranger was responsible for ITT’s decision to create three standalone publicly-traded companies and drove the transformation work throughout 2011, which concluded with the spin-offs of Xylem and Exelis, a diversified top-tier global aerospace and defense leader (subsequently acquired by Harris Corp.) Mr. Loranger is a Senior Advisor to the CEO of FlightSafety International. He also sits on the boards of directors of the National Air and Space Museum, and the Congressional Medal of Honor Foundation. He served on the board of directors of FedEx Corporation from 2006 to 2014.