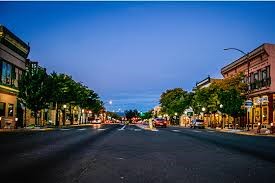 Do you have a well mapped water distribution system?  Do you know where all of your valves are and whether they are operable or not?  What information do you have and how much do you know about your valves – the Control Points in your water system?

The answers to these questions can be critical in times of failure.  When valves are not accessible or operable, crews have to back up and close more valves to isolate the line.  Consequently, it takes longer to complete the repair, more customers are impacted and potential of damage to property as a result of a main break increases.

A valve inventory and condition assessment is a vital part of a utility’s overall asset management plan.  Typically involved in a valve program are:

In 2014, The City of Montrose, CO (population 19,132), located on the western slope, engaged with Wachs Water Services for an assessment of 563 large valves.  This resulted in a 19% increase in usability.  19 valves were found in the wrong position, 2 frozen valves were rehabilitated, 14 valves previously inaccessible were uncovered, 152 map discrepancies were corrected and 70 usable valves were identified for prioritization by Montrose.

In 2015, WWS assessed another 566 valves for the City.  This time, there was a 60% increase in usability!  35 valves were position corrected, 3 frozen valves were rehabilitated, 3 valves that were previously inaccessible were uncovered, 93 map discrepancies were corrected and 57 unusable valves were identified for prioritization by Montrose.

The program in Montrose continued in 2016 as an additional 650 valves were assessed.  Valve operability increased from 67% (initially operable) to 90% – which means that there are now a third more valves operable in this third area, than there was before.  Eighty six valves in the 2016 area were found fully or partially closed – when they should have been open. 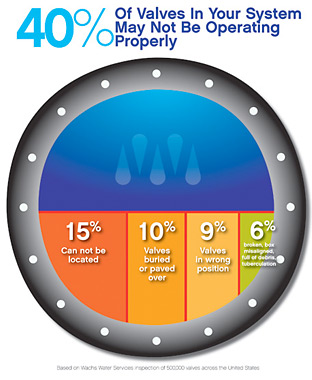 The issues identified in Montrose are not unique or unexpected.  In fact we see these same issues, on nearly a daily basis in cities, towns and municipalities across the country.   This is an ongoing program that is delivering a return on the investment.  The City of Montrose now has documentation of which valves work, has accurate data on those valves, and is able to accurately prioritize valves to repair or replace.  The City plans to continue on this pace into the future.