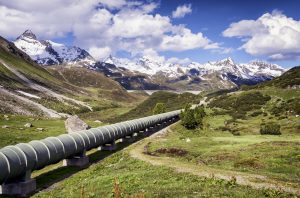 Computational pipeline monitoring (CPM) is legislated on most pipelines in North America. While these systems are crucial in maintaining the integrity of a pipeline, they only operate at roughly 2-3% of throughput, and have a theoretical limit of 1% of throughput due to the error tolerance for meters.

While the systems are highly effective for continuous monitoring for large product losses, they lack the sensitivity to locate smaller leaks that could still result in large losses of product over time.

For example, in a 24-inch petroleum pipeline that is flowing at 10,000 barrels per hour (1,589,873 liters), a CPM system is only capable of triggering the alarm for leaks that are larger than 200-300 barrels per hour, which still represents a significant leak and environmental risk.

PureHM’s SmartBall system, however, can detect leaks as small as 0.057 barrels per hour. That is about 3,500 times smaller than the 200 barrels per hour lower limit of the CPM system in the example above. Even if the CPM system was operating at 0.1% – which is theoretically impossible – the same 24-inch line would have a lower limit of about 10 barrels per hour. To put this in perspective, a leak just below the 0.1% threshold would still lose 87,353 barrels in one year, the equivalent of five and a half Olympic sized swimming pools of lost product.