Even in coal-dominated Kentucky, renewable energy is getting more attention as federal and state tax incentives add up, and the federal government moves closer to capping carbon dioxide emissions and making coal power more expensive.

While other states have abundant wind or sunshine, making them good candidates for wind and solar power, Kentucky has substantial and consistent rainfall, and a lot of rivers. Many of the rivers are already dammed for navigation, flood control or recreation, giving the state a potentially rich hydroelectric power resource. 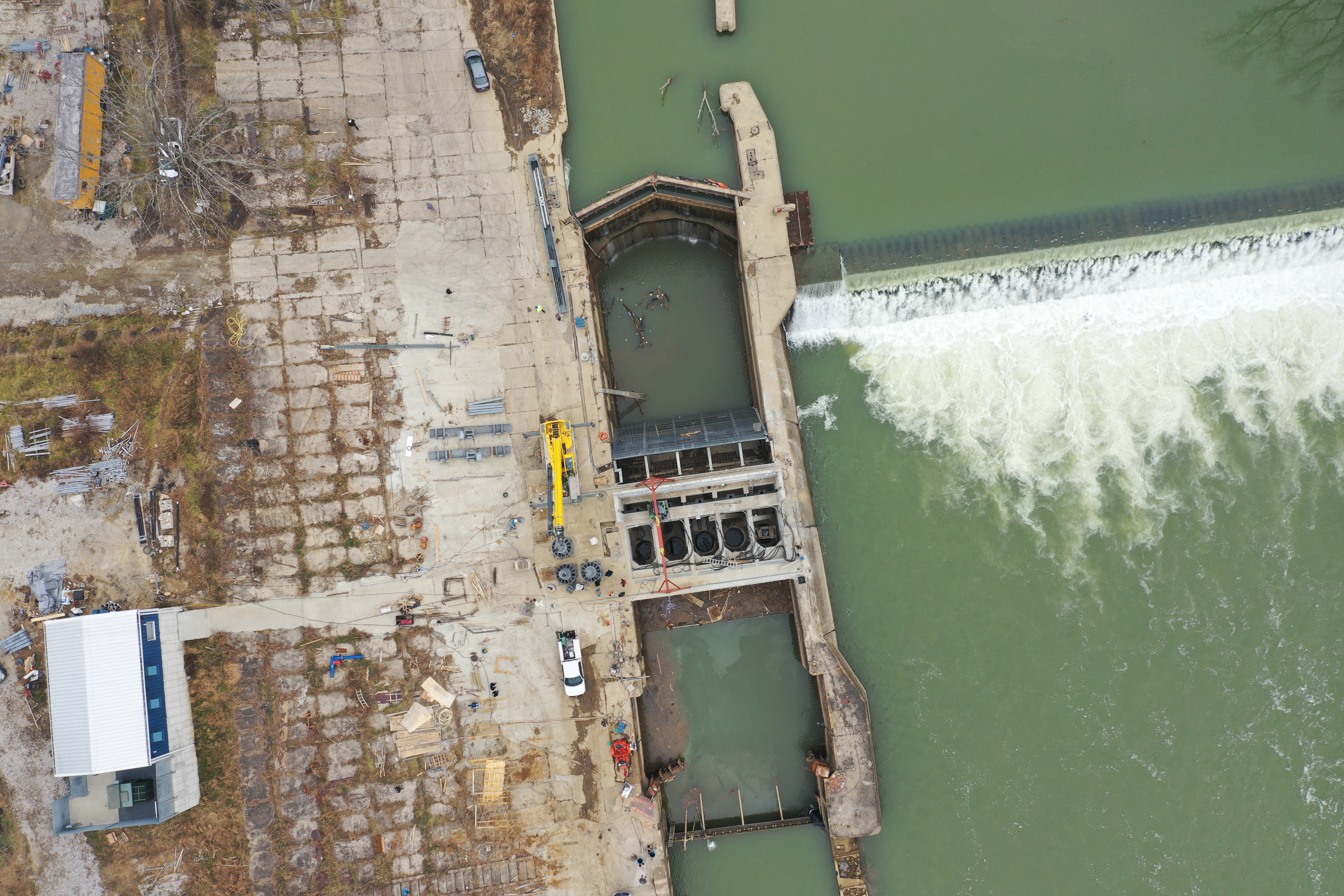 Challenge
The U.S. Department of Energy has identified small, low-head dams as the largest source of potential future development at existing non-power dams. But the development of many of these small dams has not proven financially viable with conventional equipment and technology.

Seeking to change that, Appalachian Hydro Associates (AHA) in Ravenna, Kentucky, set out to develop a more cost-effective model for small hydro projects. AHA president David Brown Kinloch, who has experience with previous hydroelectric power projects in the area, focused his attention on abandoned lock chambers along the Kentucky River.

According to Brown Kinloch, the town of Ravenna was once a major hub where all of the coal mined in Eastern Kentucky passed through. “Boats used to bring coal down river to market from up in the mountains,” he explained. Most of the locks were abandoned by the 1990s when rail and highways offered faster and cheaper transportation alternatives.

In 2015, the Federal Energy Regulatory Commission issued a license for a hydroelectric project on Lock 12, not far from the town of Ravenna. The ability to place hydro turbines in the lock chamber helped dramatically reduce project costs. But AHA still needed a partner to help offset the upfront investment costs.

“We needed to find a partner with a long-term perspective,” he said.
“In our case Berea College was the perfect partner.”

Berea College, a private Christian liberal arts work college located in Berea, Kentucky, has a commitment not only to the environment and sustainability, but also to the community of eastern Kentucky.

“This project is good in so many ways,” said Dr. Lyle Roelofs, president of Berea College. “We serve students from all of the counties of Kentucky, including Estill County where the project is and Jackson County where the electricity is going. Just the fact that we’re creating half of the energy we use on campus without burning a lick of coal is the biggest plus in all of this.”

Solution
With Berea College on board, AHA turned to Xylem, Inc. to help design the hydroelectric power solution driven by submersible hydro turbines. Installed in new hydro plants or existing structures such as old mill sites and lock chambers, submersible turbines are extremely adaptable and can be made to work at almost any site.  With low initial investment cost and proven pump longevity, the return on investment in small scale hydro is short, which leads to good profitability.

“There’s a simple reason why submersible turbines are chosen,” said Brown Kinloch. “Operating submerged, and out of the way, no expensive superstructure is required.”

Due to the narrow size of the lock chamber, Xylem engineers suggested the semi-Kaplan hydro turbine, which is a modification of one of Flygt’s standard hydro turbine pumps.

According to Jillian Davis, the project’s design engineer with Kleinschmidt Associates, a consulting firm that specializes in providing hydropower engineering, regulatory and environmental services, the lock chamber is just 52 feet wide.

“That doesn’t give you a lot of room, but because of the diameter of the Xylem units, we were able to fit multiple [hydro turbine] pumps in that 52-foot width,” she said. Ultimately, the lock fit five large hydro turbines.

The semi-Kaplan hydro turbine has a custom modular design especially for water locks, with a draft tube that is narrower and taller to regain some losses and increase the efficiency of the turbine. Before construction of the Lock 12 project got underway, Dr. Roelofs and members of the Berea College’s executive team traveled to Sweden, where they toured the Flygt plant to see the hydro turbines being manufactured.

“We needed something that was at the right scale,” said Dr. Roelofs. “There are very few manufacturers who are serving this market, but it’s a very important one because small scale hydro is going to be one of the futures of sustainable electric production.”

“During construction we had two major floods, one of which the most recent is an 80-year flood,” Roelofs explained.

Despite the construction delays, the project team knew they had a hydroelectric solution that once operational could withstand such floods in the form of the Flygt submersible hydro turbines.

“They’re under water all of the time so we don’t have to worry about the [hydro turbines] being inundated with floods,” Brown Kinloch explained.

To manage the ongoing floodwaters, Xylem used Godwin dewatering pumps to keep water out the project site while the crews poured the concrete to support structure for the hydro turbines. 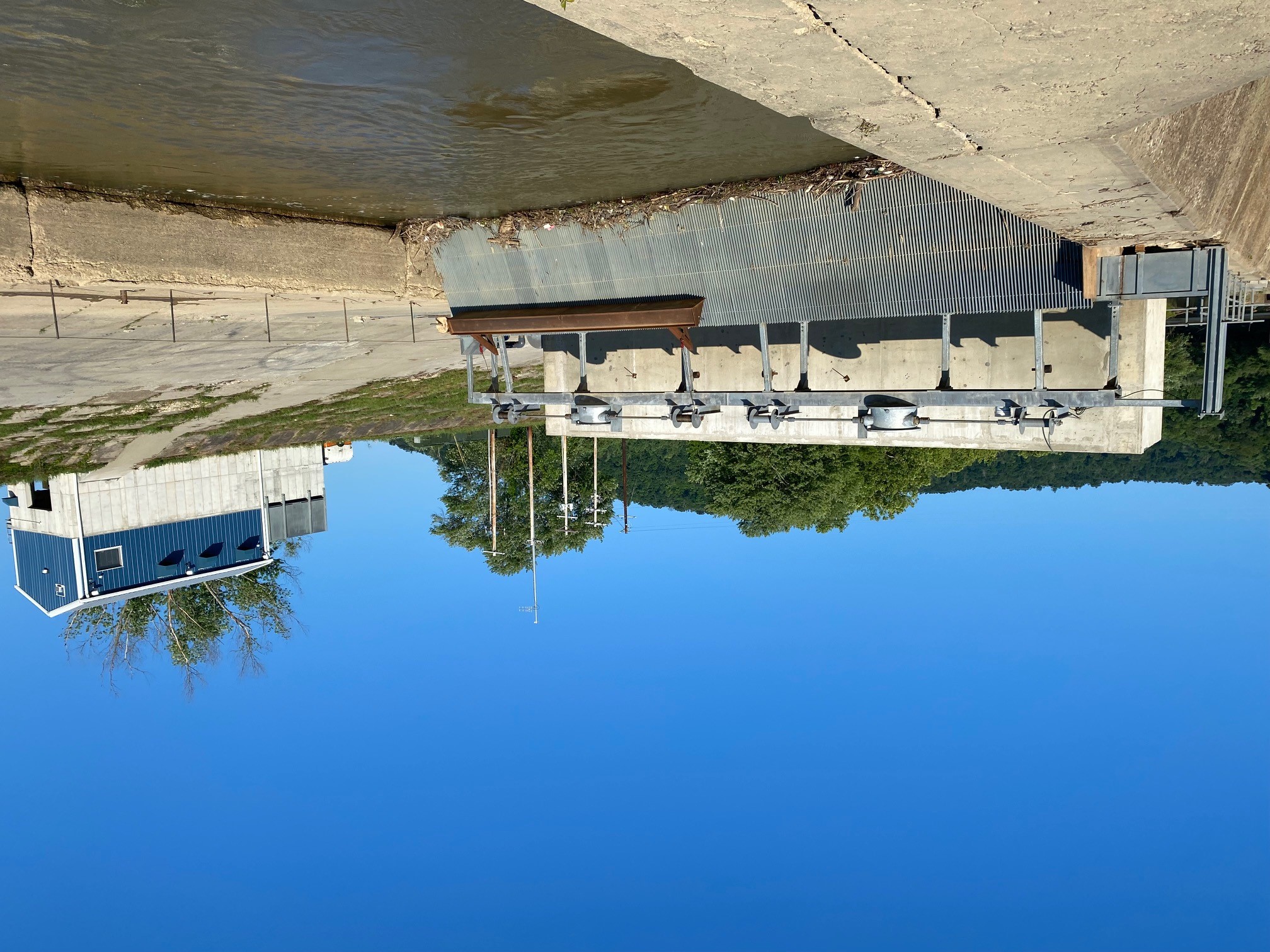 Most of the flow of the Kentucky River will pass through the hydro turbines, each producing up to 500 kilowatts of energy, which flows into and is sold to the Jackson Rural Electric Cooperative. In turn, it will be a revenue resource for the Berea College. The amount of power is approximately half of the amount used on the college campus.

“To put it in perspective, we’ll probably be making enough electricity for about 1,200 average Kentucky homes,” Dr. Roelofs explained.

In addition to reselling the equivalent of 50% of the power the campus uses to the local co-op, Berea College will continue to purchase electricity from Berea Municipal Utilities. This kind of use of resources allows for economic development in the area by providing jobs and providing renewable energy in Kentucky.

“What I really like about this project is that it speaks to Xylem’s core values of solving water and creating electrical power through a natural resource of the river,” said Doug Billiter, sales representative, Xylem. With at least 14 lock structures on the Kentucky River, AHA now has a hydroelectric power solution that can be easily replicated in other lock structures located upstream or downstream with minimal re-engineering necessary.

“This is a really repeatable process,” said Davis. With plans to install hydroelectric power plants in at least four more lock structures on the upper Kentucky River, Dr. Roelofs said hydroelectric power projects like Lock 12 are bringing hope to an area that has been economically depressed since the coal industry downturn.

“This is a new kind of use of the natural resources,” Dr. Roelofs explained.

“We’re making good, clean, inexpensive power that we can sell to the rural electric cooperative at a discount so their members are saving money,” he said. “At the same time, we’re benefiting Berea College and their students. 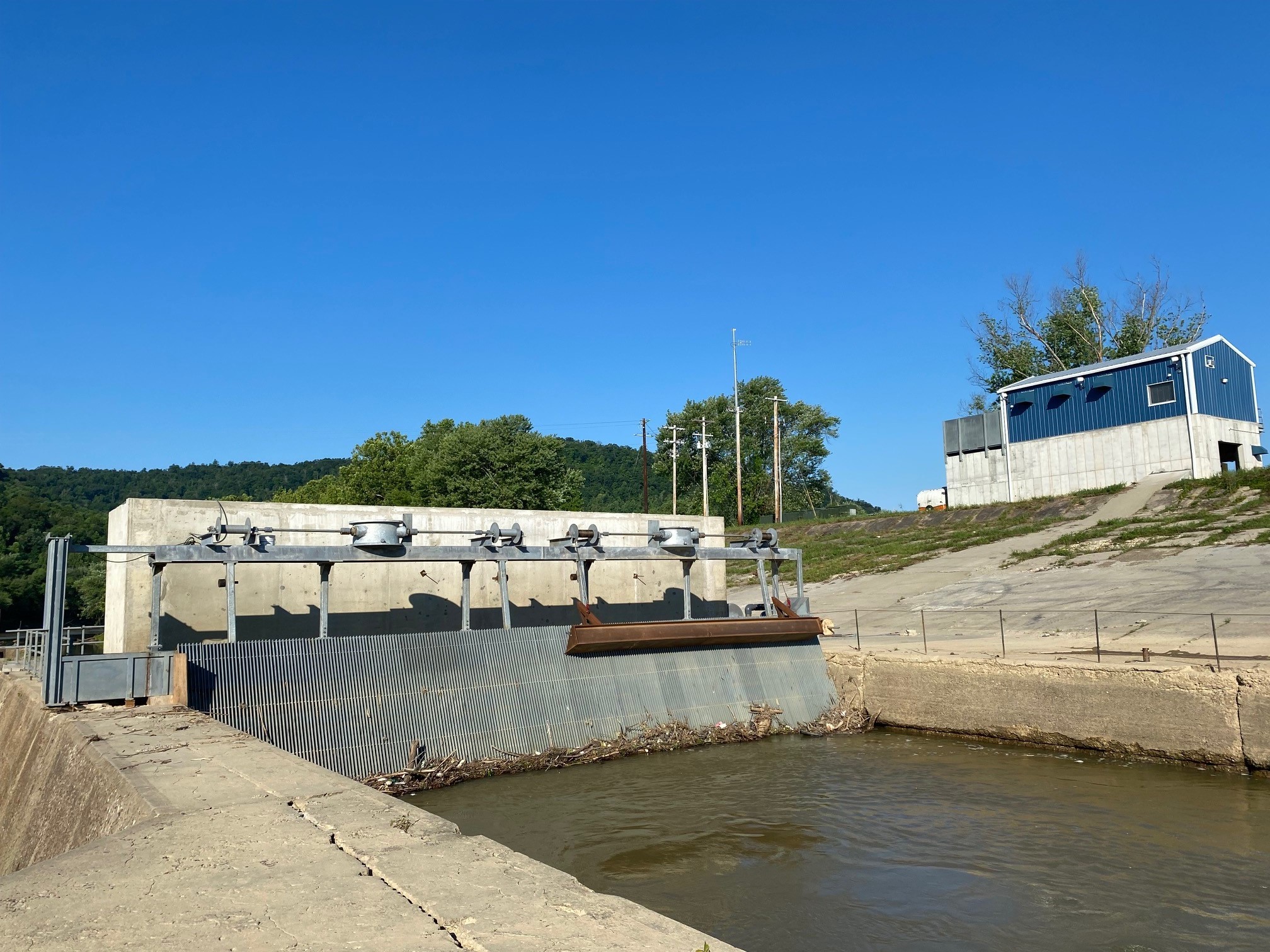