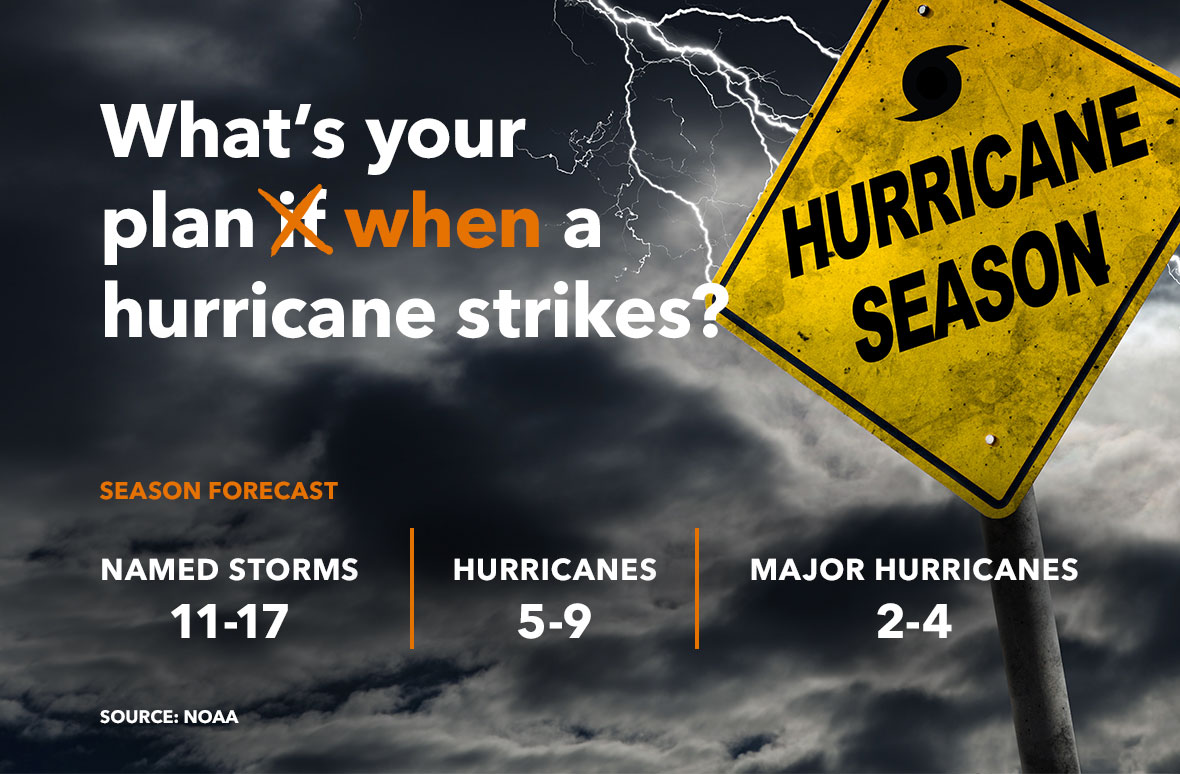 2017 is Shaping Up to Be a “Wild” Hurricane Season

If you were waiting for the official June 1 start of hurricane season to start getting prepared, you already missed the starting gun. In April we experienced a tropical storm, Arlene, over the Atlantic Ocean. It was only the second April storm since the national weather agencies started tracking hurricanes with satellites, and it gave warning that 2017 might be “hurry-cane season.”

It could also be a year filled with a higher-than-usual number of strong storms and full-blown hurricanes. Last week, the National Oceanic and Atmospheric Administration (NOAA) released its 2017 hurricane season outlook and it made headlines, with words like “Busy” and “Wild” appearing in science magazines and The New York Times.

In an average season, 12 named storms develop and three of them become major hurricanes.  But NOAA scientists say there’s only a 20 percent chance that 2017 will stay below those numbers.

So the starting gun already went off on the 2017 hurricane season and experts predict there’s a whole lot of possible trouble coming our way between now and November 30.  What’s that mean to you?  Three words: be weather ready!

Have your evacuation plans in place, communicate ahead of time with employees, button down your emergency communication chain of command and do regular checks on your emergency equipment and supplies. Just as importantly, be prepared with a dewatering plan of action. “The most dangerous part is not the wind and rain, it’s the flooding and the storm surge that happens afterward,” NOAA’s Acting Administrator Benjamin Friedman said last week.

And don’t get complacent. Take Stafford County, Virginia, for example. While this inland city is only 150 miles away from one of America’s most hurricane-vulnerable U.S. cities - Norfolk, Virginia – it’s not located in “hurricane alley” and is rated as a very low-risk hurricane zone. Still, in the past 15 years, with climate change causing increasing hurricane havoc, Stafford County has been hit by eight named hurricanes and storms, including Ivan and Isabel with winds near 150 miles per hour.

Administrators of the Stafford County wastewater utility network could see the writing in the wind. In 2014, they determined it was not a matter of “if” they were going to experience a water and sewage emergency, it was more a frightening matter of “when". So the County worked with Xylem to create an emergency preparedness plan that has been enacted twice already with rental pumps, bypass piping and accessories delivered and installed in rapid-response time to minimize ecological and property damage.

The message is simple. Hurricane season is here, and so are we – ready to help you stand up to the wave of “wild” storms that are headed our way in 2017. Contact us now for help creating your must-have contingency plan, before your head is spinning because you’re knee-deep in hurricane water.