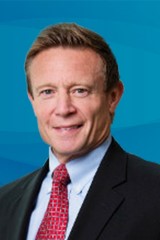 Prior to joining Xylem, he served as a strategic advisor to WestRock Company, a global packaging and specialty chemicals company that was formed last year following the merger of MeadWestvaco and RockTenn. He previously served as CFO for MeadWestvaco, a global packaging and specialty chemicals producer, where he led all areas of finance, strategy, corporate development, IT and shared services, and played a key role in executing the company's 2015 merger with RockTenn and the subsequent formation of WestRock.

Earlier in his career, Rajkowski held several senior financial and operating roles for Eastman Kodak Company, including General Manager, Worldwide Operations for the Digital and Film Imaging Systems Group. He began his career at PriceWaterhouseCoopers LLP, where he last served as Managing Partner for the Upstate New York Technology Group and Partner, Audit and Business Advisory Services.

Rajkowski also serves as a member of the board of directors of ACCO Brands, one of the world's largest suppliers of branded school and office products.  He earned his Bachelor of Science degree in accounting from Lehigh University in Bethlehem, Pennsylvania.