Could not find any links for specified country. Please check back later.
< View all Customer

South Bend was facing an $860 million Long Term Control Plan from the federal government to mitigate this problem, which would have meant a $10,000 burden per citizen – an economically unfeasible option given that average annual household incomes are around $32,000.

But the City officials decided to think differently. Working with a water technology start-up called EmNet, they leveraged leading-edge sensing technology originally developed for military purposes and then applied to the environment by researchers at the University of Notre Dame. The innovative, real-time decision support system they implemented uses a network of sensors and Artificial Intelligence to gain unprecedented visibility into its sewer systems, enabling water managers to trade sewer flows back and forth – like an underground stock trading floor – to redistribute storm and wastewater, avoid overflows and reduce discharges. As a result, overflow volumes have been reduced by more than 70 percent, or 1 billion gallons a year. E.coli concentrations in the river have dropped by more than 50 percent, improving water quality for the community. And the cost to achieve the City’s environmental quality objectives has been cut by $500 million.

“The original concept in South Bend was forecasted to generate a 23 percent reduction in overflow. That is now at 75 percent. The savings were estimated at $100-120 million dollars. That number is now at $500 million dollars,” says Tim Braun, EmNet Enterprise Architect. “Our work is not just infrastructure. It’s the interaction of a built environment and the natural environment, and how they work together.”

Through EmNet, Xylem is working with more than 20 cities in North America. Across communities in 2018, we helped innovative utilities prevent 1.42 billion gallons of sewage from overflowing into the environment.

Get the Case Study

A Perspective from Tim Braun 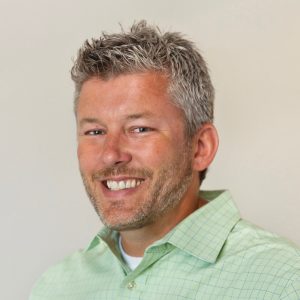 EmNet’s success in 2018 was built on our strong partnerships with cities across the country, not the least of which is with South Bend, IN. In each case, we look at the existing infrastructure and assess what is possible.  We strive to build collaboration between our team and that of the utilities we work with. We want to first learn our clients’ current best practices as well as their ideas for improvement, and bring in our team’s expertise and platform of tools and applications.  We then work together to design and implement the least invasive smart water solutions that achieve substantive improvements in performance and capacity utilization- addressing the client’s most pressing objectives - and repeat this process iteratively and adaptively over time.

Our work in Kansas City, MO, last year deployed a network of more than 250 level, flow and rain gauge sensors throughout their urban watershed, which spans 318 square miles. Our teams working together found over 25 coordinated control opportunities that when implemented will help save the city upwards of one billion dollars in avoided future infrastructure.

I left the financial services industry in 2007 with a vision of helping cities transform into smart and sustainable ecosystems. What is happening today goes far beyond what I could have hoped for then. We feel so fortunate to have had the opportunity to help our clients achieve astonishing impacts in more than two dozen cities across the U.S., and can’t wait to expand this work through our Xylem family worldwide.