Could not find any links for specified country. Please check back later.
< View all Press Releases 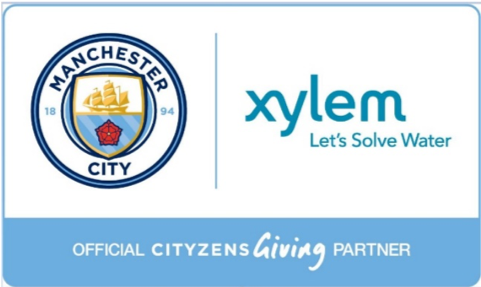 Five Manchester City fans from across India were given an exciting volunteering opportunity to team up with the Club’s Official Water Technology Partner, Xylem, to increase access to safe water for primary schools in Bangalore. Despite being one of the world’s fastest growing cities, many of Bangalore’s 12.3 million residents still do not have access to clean drinking water and are at risk of contracting water-borne diseases.

As part of ‘Water Goals’, a project supported by Manchester City and Xylem Watermark, the fans worked with Xylem and their local partner Planet Water Foundation to install new clean water filtration towers in two new schools. The schools were also fitted with an AquaSan latrine sanitisation system, to sanitise school toilets, accessible to hundreds of schoolchildren. Club legend Paul Dickov was also involved in the trip, joining the fans to complete the builds.

Since January 2019, Water Goals has trained 100 Young Leaders and reached over 5000 participants and young people in 26 locations, with support from local partner Magic Bus.

The City fans also joined up with young leaders from the Cityzens Giving project to find out how they use football to educate young people about the importance of water sanitation and hygiene. This trips marks the second annual volunteering opportunity for City fans building on the first installation of two Xylem water towers in 2019 which now provide access to clean water for up to 1800 people each day.

Paul Dickov, Manchester City legend, said: “I was honoured to join this year’s volunteering trip alongside our partner, Xylem, and our amazing fan volunteers. To see first-hand the difference being made in these communities, and to be able to contribute to the building of the water towers, was an incredible experience.”

Tom Pitchon, Director of City Football Foundation, said: “We are inspired by the impact of this second fan volunteering trip in Bangalore, bringing together Xylem’s expertise in clean water with the passion of City fans across India to make a difference in local communities. This, coupled with the long-term impact of our existing Cityzens Giving project in Bangalore, continues to demonstrate that football can truly help tackle social issues around the world.”

Joe Vesey, Senior Vice President and Chief Marketing Officer of Xylem, said: “Many of Bangalore’s more than 12.3 million residents do not have access to clean drinking water and are at risk of contracting water-borne diseases. This affects their health and can also impact their education.

“Our business and our mission are all about bringing the best technology to bear on solving the world’s most challenging water issues. It’s so rewarding to do that in partnership with Manchester City fans, through Cityzens Giving we’re bringing safe water and sanitation to thousands of students across Bangalore. This will have a huge impact on their health, on their education, and on their futures. “

Cityzens Giving empowers fans to decide how youth led community football projects are funded across the globe. Since the launch of Cityzens Giving more than five years ago, over 1000 Young Leaders have been trained with over 10,000 young people across 20 cities now engaged each year through the projects. Each year, fans are given the opportunity to choose how funds, donated by City Football Group and its partners, are split between six different projects.

In addition to funding, every season young leaders are invited to Manchester City’s Young Leaders Summit held at City Football Academy to share learning about how they are using the power of football to address social issues in their local communities.

In October 2016, Cityzens Giving won Corporate Citizenship Campaign of the Year at the annual Beyond Sport Awards, designed to support and reward the best projects across the globe that are using sport for positive social change.

Xylem Watermark, the company’s corporate citizenship program, was initiated in 2008, with a focus on protecting and providing safe water resources around the world and also educating people on water-related issues. The global initiative, which encompasses employee and stakeholder engagement, provides access to clean drinking water and sanitation, and humanitarian emergency response to help communities become more water-secure and sustainable. Over the past 4 years, the program logged over 180,000 volunteer hours and engaged ~58 percent of the company’s global employee base.