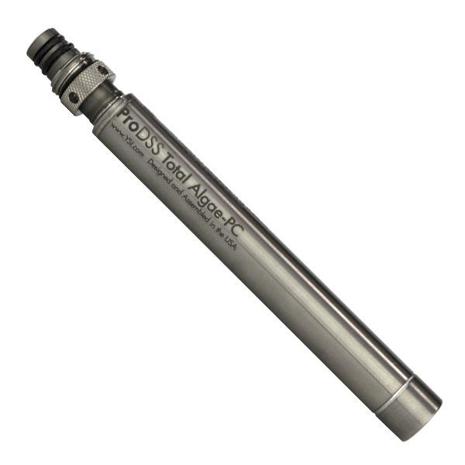 When used with the ProDSS system, the TAL sensor is ideal for applications like beach monitoring, vertical or horizontal profiling, and source water monitoring for potentially toxic algae.

Sensors feature welded titanium construction and military-specification connectors that can handle rugged field conditions.   All smart sensors have onboard memory and processing, and sensor-rezeroing can be performed on-site as an alternative to in-laboratory calibration.

We also have a Total Algae-Phycoerythrin (TAL-PE) sensor….and a channel for the accessory pigment phycoerythrin that is commonly found in saltwater blue-green algae.