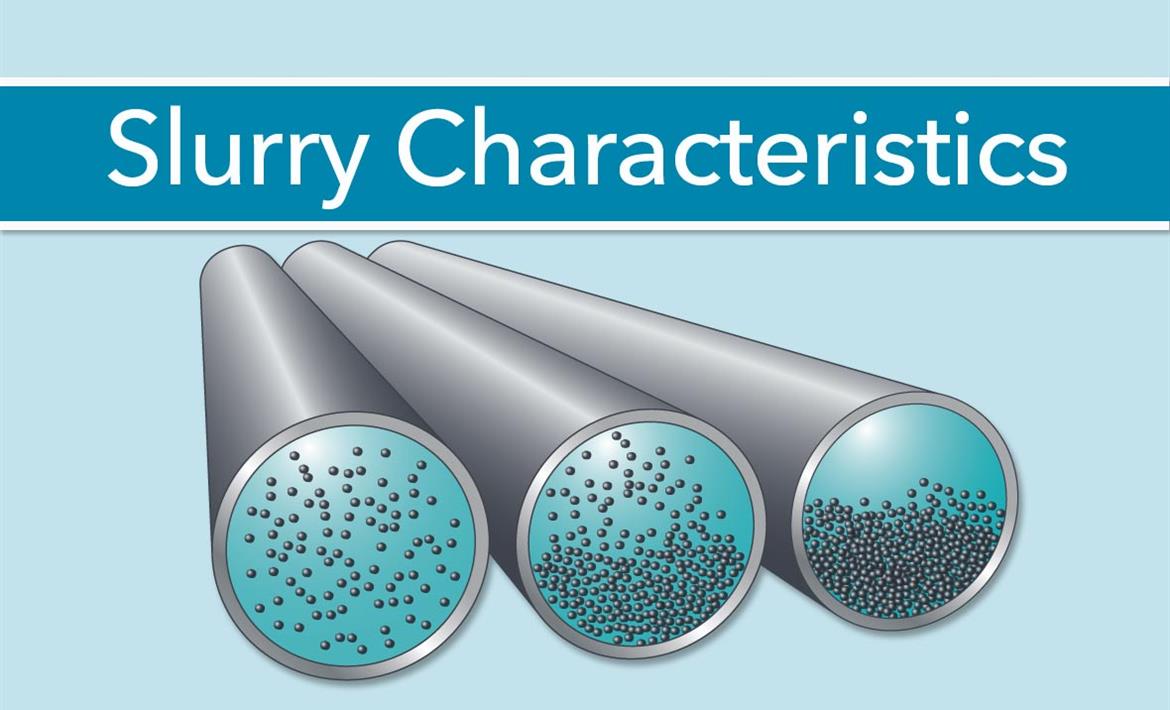 Slurries can be divided into settling and non-settling types, depending on the parameters I mentioned in my last post. It is important to know these characteristics in order to select the right slurry pump for your project.

In this type of slurry, the solids do not settle to the bottom, but remain in suspension for a long time. A non-settling slurry acts in a homogeneous, viscous manner, but the characteristics are non-Newtonian (see Liquid Definitions section).

A non-settling slurry can be defined as a homogeneous mixture.

Homogeneous mixture - A mixture of solids and liquid in which the solids are uniformly distributed.

This type of slurry settles fast during the time relevant to the process, but can be kept in suspension by turbulence.

A settling slurry can be defined as a pseudo-homogeneous or heterogeneous mixture and can be completely or partially stratified.

Pseudo-homogeneous mixture - A mixture in which all the particles are in suspension, but where the concentration is greater towards the bottom.

Heterogeneous mixture - A mixture of solids and liquid in which the solids are not uniformly distributed and tend to be more concentrated in the bottom of the pipe or containment vessel.

Except for density (which I mentioned in my last post) the characteristics of a liquid are decided by its viscosity.

Liquids deform continuously as long as a force is applied to them. They are said to flow. When a flow takes place in a liquid, it is opposed by internal friction arising from the cohesion of the molecules. This internal friction is the property of a liquid called viscosity.

The viscosity of liquids decreases rapidly with increasing temperature.

Newtonian liquids give a shearing stress that is linear and proportional to the velocity gradient, or the shearing rate. Water and most liquids are Newtonian.

Some liquids, such as water based slurries with fine particles, do not obey the simple relationship between shearing stress and shearing rate . They are referred to as non- Newtonian liquids.

If you have questions or need help determining the correct slurry pump for your application, contact your local Xylem representative.