The popular tourist destination of Ischia, an island off the coast of Naples, Italy, relies on pipelines to the mainland for its drinking water. A leak in one pipeline, however, was resulting in water loss that amounted to a third of the island’s daily supply. Learn how innovative pipeline inspection tools – Sahara® and SmartBall® – helped solve the problem.

Aging water infrastructure, which can lead to leaks and lost revenue, is one of the main water challenges that Italy faces. According to Utilitalia, 38% of water is lost on average from the country’s distribution networks. By reducing these losses, Italy’s utilities can decrease costs and energy consumption to ensure a more sustainable water supply.

Xylem recently helped the water utility Acquedotto Campano solve a common problem with aging infrastructure – pipeline leaks that are difficult to locate. Acquedotto Campano provides drinking water to over 70 municipalities in Italy’s Campania region, including two islands off the southwestern coast of Naples. To deliver water to the islands, the utility relies on four underwater pipelines, constructed in the early 1950s.

The utility knew it had a problem when it measured significant water loss along the pipelines, amounting to 50 liters of water per second (13 gal/s) leaking into the sea.

The pipelines provide the primary water supply for the islands of Procida and Ischia, as well as the many tourists who visit in the summer for the beaches, hot springs and sights like Aragonese Castle.

Discovering a large pipeline leak between Procida and Ischia

Acquedotto Campano collected more than 20 years of flow data, recording the amount of water produced and delivered to users. Water flows from Procida to Ischia at a rate of 260 liters per second (70 gallons/s), so losing 50 liters per second was a major problem. 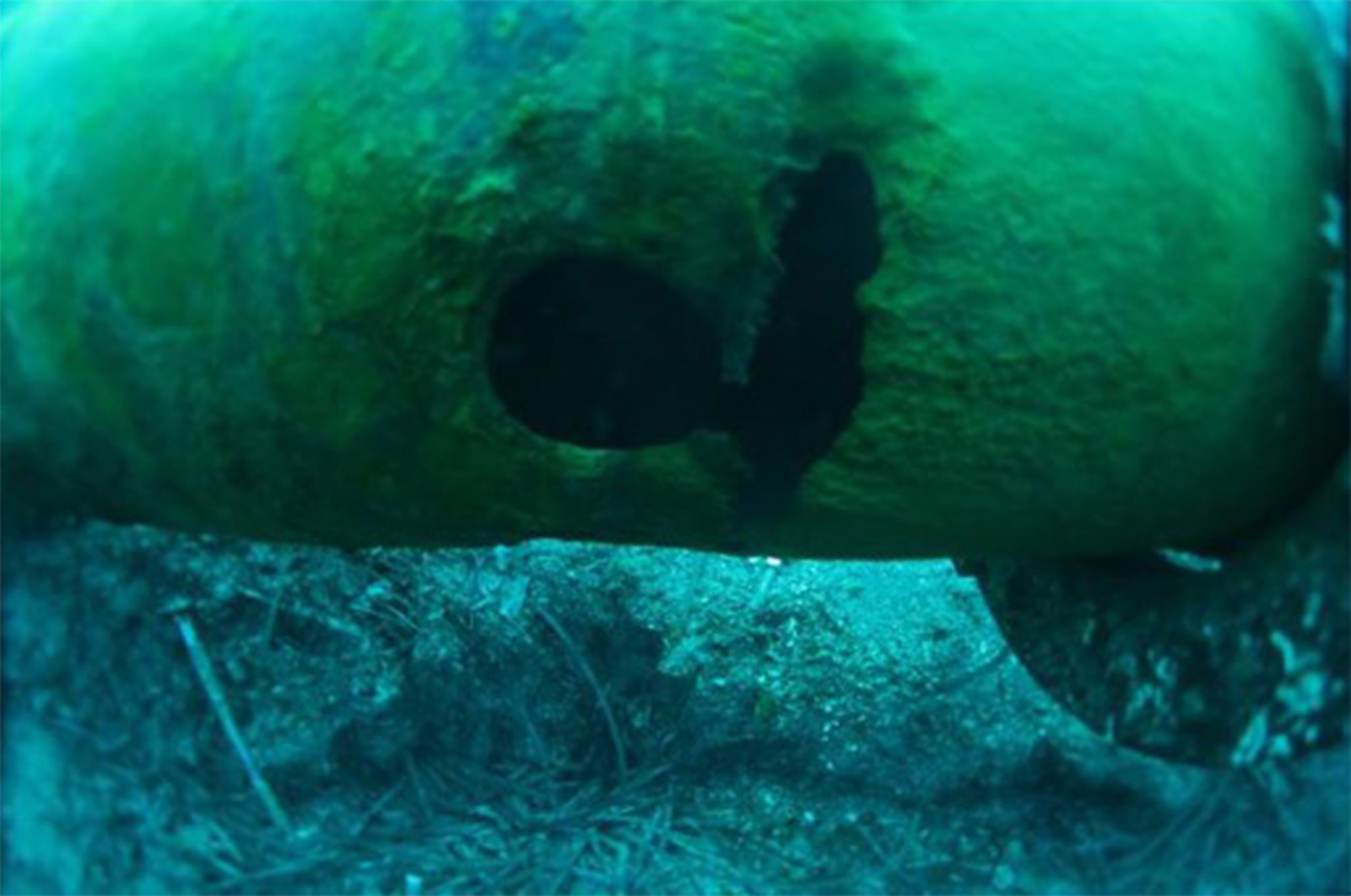 Despite the rate of loss, locating the leak proved challenging. Acquedotto Campano tried using traditional acoustic correlators. Divers also visually inspected the submarine pipelines, which reach depths of 30 meters (100 feet) in some places. Both methods failed to locate the source of water loss.

The water utility needed to find the exact location of the leaks, since the only way to repair them would be by using expert divers. And they needed to make the repairs quickly, since the water they provide is essential for everyday life on the islands.

“Leaking pipes and equipment, due to bursts or breaks, are a primary cause of water loss,” says Dario Longobardi, Owner, Ena Sud srl, Italy.

“When a leak occurs, it can take days, weeks or even months before it gets reported. In addition to that, localizing the exact area of a leak in a huge, wide-reaching network is no easy task. It is only when a loss becomes visible that we typically react.”

Xylem’s pipeline inspections took place between November 2019 and February 2020. The team expected to find one or more significant leaks on the 2.7-kilometer (1.7-mile) Procida-Ischia pipelines. Sahara was used on these pipelines, while SmartBall was used on the Naples-Procida pipelines.

The aqueduct system allowed the Sahara platform to be inserted from both sides of the Procida-Ischia pipelines, an ideal situation for the inspection. The Sahara platform travels with the flow of water, but because it is tethered, operators can reverse it to confirm the presence and location of suspected leaks in real time. The team also visually assessed the inside of the pipelines with Sahara’s live video camera.

The Sahara platform located a burst on one of the underwater pipelines between Procida and Ischia. Ena Sud quickly deployed divers to fix the leak. With this repair, Acquedotto Campano reduced non-revenue water loss by 50 liters per second – enough to provide a daily supply of water for a third of Ischia’s residents.

The SmartBall platform can also map pipeline networks. On the island of Ischia, the team inspected about 500 meters (0.3 mile) of a 250-millimeter (10-in) water main. Their goal was to both detect leaks and confirm the pipeline’s position to inform future maintenance work.

“Investing upfront in a targeted leak detection program that involves inspecting, collecting and acting on assessment data is vital for efficient management,” says Longobardi. “This is the biggest learning that Xylem gave us, alongside the technology to fix the issue in a timely manner.”

COP27: 5 take-aways for the water sector

Xylem and City of Houston partner on public awareness

Building a more equal and inclusive workplace in the water sector