It looks like you are coming from United States, but the current site you have selected to visit is Sudan. Do you want to change site?

EWE partnered with Xylem to develop and deploy what would become Xylem Vue powered by GoAigua's Plant Real-Time Decision Support application, which uses neural network powered models of the carbon, nitrogen and phosphorous elimination processes based on data from the plant’s existing SCADA system. The application provided a real-time digital twin of the entire plant so that each process receives optimal aeration and chemical inputs to match the needed chemical and biological oxygen demand.

In August of 2017, after several months of manual plant operation, Plant Real-Time Decision Support was activated to predict and calculate the best set points to operate the aerators of five parallel biological treatment tanks. 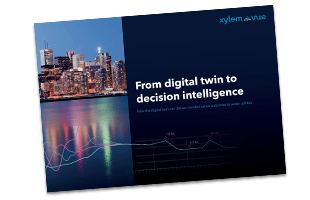 Here how leveraging data in the wastewater treatment plant can drive outcomes including reducing chemical and energy consumption.