What if we could use tiny animals to eat harmful algae? If so, which genotype would be best suited for the job? That was the subject of Annabelle M. Rayson’s award-winning project for the Stockholm Junior Water Prize 2022. Find out what inspired her to take on this research. 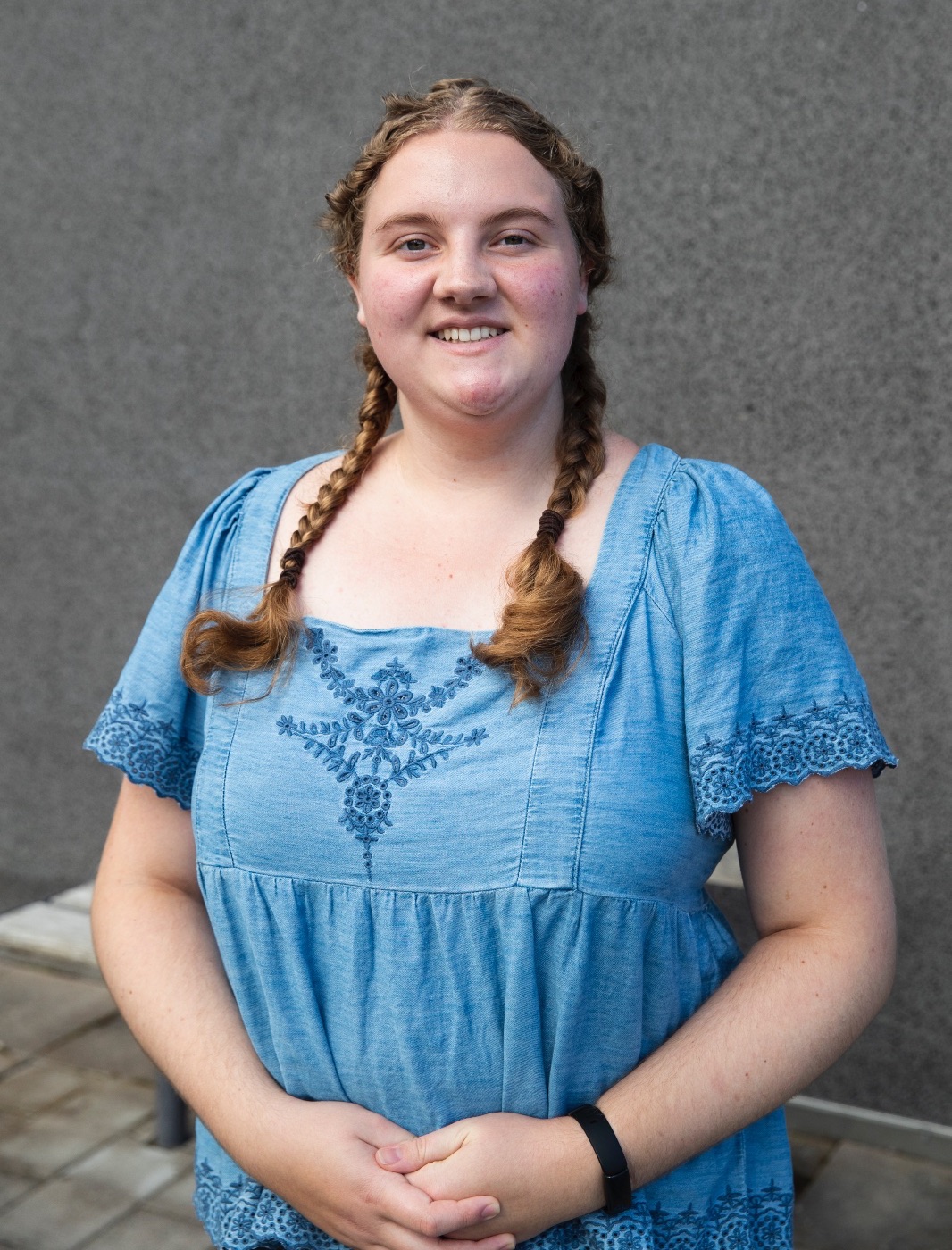 Growing up in a small town in southwestern Ontario in Canada, Rayson has always had a close relationship with the Great Lakes. He father is a commercial fisherman, and her mother is a former biology teacher. It’s not surprising that her winning project focused on a nearby biological problem: harmful algae blooms.

Two years ago, Rayson set out to find a potential solution to this problem by using zooplankton (tiny aquatic animals) to eat the algae. In her first project, “Munching Madness,” she discovered that a type of zooplankton called Daphnia magna is ideal for the job. In her latest winning project, “Plankton Wars,” she researched which genotype of Daphnia magna performs best. She borrowed equipment from universities, then spent months hard at work.

Making Waves sat down with Annabelle Rayson at World Water Week to learn about her work and her passion for water issues.

How does it feel to win the Stockholm Junior Water Prize?

I am absolutely honored, especially to represent Canada and bring home a win, and to stand up there with all my fellow finalists who have amazing projects as well. I am honored to represent girls in STEM across the world, especially people interested in science from smaller communities that may not have access to large labs. For instance, my project research was done entirely in my basement.

You started competing in science fairs in fourth grade. What got you interested in science?

Where I live in southwestern Ontario, I’m surrounded by the Great Lakes, so I’ve always been passionate about the environment and sustainability. In grade four, I was given a nudge by my parents to do a science fair. I used to be very shy and quiet – I didn’t like speaking or talking to people whatsoever. So little nine-year-old Annabelle was not that pleased about doing the first science fair.

But I kept coming back year-after-year because it’s an opportunity for you to channel your curiosity, and to solve problems and issues that you’re passionate about. You’re given the freedom to be creative, which was not often the case in my elementary school, or in our school system. Through science fairs I’ve met some of my best friends and the most amazing, incredible people, and I’ve now officially travelled the world for it.

How have harmful algae blooms affected your father’s work as a fisherman?

Harmful algae blooms are a problem for many fishermen across southwestern Ontario, specifically Lake Erie. At certain times of the year, no one can fish or swim in certain areas, and we can’t use the water for drinking.

What happens is there are mass growths of the algae, where toxins can form, which make the water unsafe. The other thing is that once the algae decompose, they absorb all of the oxygen in the lake, which causes any species that hasn’t died from the toxins to die from lack of oxygen.

Could you describe what Daphnia magna is? It can be used in fish tanks to clean algae, right?

Absolutely. Daphnia magna is a type of freshwater zooplankton. Zooplankton are teeny tiny aquatic organisms. Specifically, Daphnia magna is a filter feeder, so as it swims through the water it actually filters and eats up all the algae. In addition, it’s a keystone species. This means that it is essential to the aquatic life in freshwater ecosystems.

Freshwater ecosystems are very dynamic. Pollutants and other factors can impact algae blooms as well as the Daphnia itself, so I wanted to test which genotype of Daphnia could best treat the harmful algae blooms when exposed to these things.

You wrote that Daphnia magna could be used for biomanipulation. Has this been done before?

No, the concept of zooplankton biomanipulation has been talked about, but no one knows which species is best. This is where the breakthrough from my first research came from, and now with my latest project, we know which genotype is most efficient.

In Canada, if you start saying the word “biomanipulation” in the Great Lakes, everyone starts freaking out, even though we biomanipulate our salmon levels to ensure we have enough salmon. It’s something that could be done with Daphnia magna, but it would require a lot more research and a lot of government permissions, since the Great Lakes are well protected.

Why do you think it is important to get young people involved in water issues?

Water is a vital yet finite resource. It is essential for life and biodiversity. Without water, we really have nothing. Young people need to be involved with water because this is our future, this is our planet. We have to look at the world we’re trying to create, and we can’t live in the world without water. I think it’s important for youth to get involved not only because it’s so interesting, and there’s so many pathways you can take, but because it’s vital for our survival and success.

With so many water challenges in the world, what inspires you that we will be able to solve them?

I personally live by Albert Einstein’s quote, “The world will not be destroyed by those who do evil, but by those who watch them without doing anything.” And what inspires me is the fact that people are becoming more and more aware of water issues. A lot of people have taken water for granted, but especially with climate change people are realizing that we need to do something.

Xylem is a founding partner of the Stockholm Junior Water Prize, created by the Stockholm International Water Institute in 1997. For the prize, students aged 15 to 20 develop research projects to help solve major water challenges.

Learn how Xylem is empowering student leaders to drive real changes in the water industry with our program Xylem Ignite.

Winning project started with the question: Why?

Vote for your favorite project in the Stockholm Junior Water Prize