Although nitrate contamination in waterways can cause significant harm to wildlife and communities, measuring nitrate in the field has traditionally been difficult. Xylem’s microbiology and algae expert, Dr. Stephanie A. Smith, explains how Xylem’s YSI-brand EXO NitraLED sensor helps solve this problem. YSI’s sensor requires 98% less power than traditional lamp-based systems, and it is up to 70 times smaller than other lamp-based UV nitrate sensors.

The Raccoon River serves as a cautionary tale for cities at the nexus between agriculture and water quality. The river serves as an important source of drinking water for more than half a million people in central Iowa, but it has also been ranked as the ninth most endangered river in the United States.

The river’s nitrate levels are among the highest in the nation, due to runoff from farming. Excessive nutrient runoff often results in the eutrophication of surface water. This condition can give rise to harmful algal blooms (HABs) that produce dangerous toxins and cause a drop in dissolved oxygen, resulting in fish kills in both marine and freshwater environments.

HAB events can be dangerous to wildlife and humans, and they can also cause significant commercial and political repercussions. Algal blooms in water bodies that serve as drinking water sources are especially problematic. This can result in urgent warnings for citizens to not drink or use their tap water.

Fertilizer runoff from farm fields isn’t the only source of nitrates. Nitrates can also enter waterways as a result of animal waste, dust storms, and ash from wildfires.

The challenges of nitrate monitoring

Given the problems caused by nitrate contamination, monitoring nitrate levels in waterways is critical, but this has traditionally not been easy, says Dr. Stephanie A. Smith, Product Segment Manager, Xylem Lab Solutions, North America. 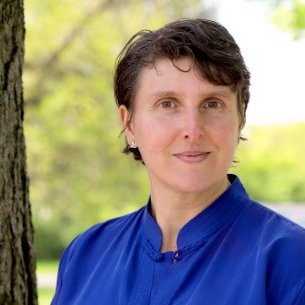 “Nitrate monitoring in the field has always been a desired thing, but it’s not been easy to do,” Dr. Smith said. “It’s kind of like coliform testing. It would be awesome if we could just have a real-time view of coliform pollution at our beaches. Well, it’s hard to do.”

Nitrate – and other parameters – have been measured with relative ease in lab settings for decades, but these methods aren’t always field-friendly.

“One of our biggest challenges with water quality monitoring, in general, is instead of building a technology for the field, we’ve always tried to adapt a lab technology to be used in the field,” she said. “I think we’re all starting to appreciate that doesn’t work very well. Unlike in the lab, you can’t control sample preparation in the field.”

Nitrate ion-selective electrodes (ISEs) are available for many water quality platforms, including the YSI ProDSS and EXO. These sensors have a membrane that specifically targets the nitrate ion, but there are issues with using nitrate ISEs in the field, such as interferences.

“Nitrate ISEs are a great example of a lab technology we’ve tried to use in the field,” said Dr. Smith. “But we’re measuring in the real world, not a controlled setting. There are all kinds of variables to consider.”

Luckily, another type of nitrate sensor is better suited for the field.

Nitrate can be detected by measuring the penetration of ultraviolet (UV) light through a solution. This is accomplished using the principles of spectrophotometry.

Those who took physics may remember that forms of electromagnetic radiation (EMR) are distinguished by wavelength. Materials absorb EMR (light) differently, with nitrate absorbing most strongly at short (<250 nm) UV wavelengths. UV nitrate sensors measure this absorbance of light by nitrate and convert it to a concentration.

UV nitrate sensors are not meant to replace traditional, laboratory-based nitrate analysis methods such as ionchromatography. Still, they have become an excellent screening tool in the field due to their inherent advantages of being chemical-free and because they don’t require frequent calibration, like ISEs.

A small but mighty sensor

Until recently, UV nitrate sensors were large standalone sensors that were not part of a multiparameter platform. YSI’s development of the EXO NitraLED – a small, LED-based sensor that can be installed in the EXO Sonde – was a real gamechanger.

It turns out, being able to simultaneously measure nitrate alongside other parameters is a big deal.

"Measuring nitrate by itself can be interesting – are nitrate concentrations increasing or decreasing? Sure, that's a trend you want to know,” said Dr. Smith. “But continuous monitoring on a multiparameter platform allows you to do a lot more than just look at the trend of one parameter. It allows you to really evaluate massive data sets.”

“So now it’s not about the trend in that parameter – it’s about trends in the system and the relationship between variables. That’s powerful, and that’s the era we’re entering now.”

These environmental systems are complex, so a holistic approach is needed to fully characterize how nitrate impacts aquatic health. This requires the right monitoring tools in the right places. The NitraLED's light source – a small UV-LED rather than a bulky xenon, mercury, or deuterium lamp – is the secret sauce of the sensor.

“What I think is so revolutionary about NitraLED is that it’s not only a deployable technology on a multiparameter platform, it’s less expensive,” said Dr. Smith.

Dr. Smith added that until the NitraLED, the high cost of UV nitrate sensors prevented researchers from deploying a large number of them, hindering their ability to build a more comprehensive understanding of aquatic systems.

“Making UV nitrate sensors more affordable is the most recent and exciting step in the evolution of nitrate monitoring,” Dr. Smith said. “What people need is not just to be able to do continuous measurements in situ, they also need continuous measurements at multiple points in a watershed. The lower cost of LED-based nitrate sensors makes this possible.”

Sensors like the NitraLED may be the latest evolution of nitrate monitoring, but NitraLED is not the last step.

For many nitrate monitoring programs, the primary goal is to track the contamination sources and figure out what to do about it. This requires more than just a new type of nitrate sensor and a massive dataset. Data modeling is the next step, explained Dr. Smith.

“Any program – especially nutrient monitoring programs – should have a modeling component to it. Getting a lot of data is great, but extracting not only backwards but also forward-looking meaning from the data is the future.”

“With NitraLED, researchers can continuously monitor for days, weeks, and months, and with these enormous data sets and the power of machine learning, they can not only do source tracking but also do predictive modeling that might prevent future contamination."

"Modeling takes monitoring programs to the next level because it will yield actionable information, rather than just information.”

Nitrate sits squarely at the nexus between agriculture and water quality. Monitoring and modeling solutions are needed to better understand this connection – and ultimately find creative solutions to the issue of nutrient enrichment.

New Godwin dewatering pumps the smartest and most versatile yet

Red tide monitoring in the Gulf of Mexico

Ways innovation is building a movement to solve water

Bringing together the most creative minds in water