Oslo, the capital of Norway, is a fast-growing metropolis with a population of more than one million. Almost 90 percent of Oslo residents get their drinking water from a single source, a large lake north of the city called Maridalsvannet.

Norway is often perceived as a country with abundant water supplies since it has ample surface water and snow cover. In the spring of 2018, however, Oslo and several other nearby municipalities faced a looming water shortage due to three weeks without rain and record-breaking temperatures. Water restrictions were put in place, with a ban on watering lawns and gardens, after demand exceeded supply.

The unexpected ban focused attention on Oslo’s limited water supplies, where the average resident uses more than 180 liters of water daily, nearly twice the amount used by residents in neighboring Denmark. Galvanized by the ban, Oslo VAV took a proactive approach to reducing water losses by establishing a five-step leak reduction program to identify leaks in its transmission system, deploying a multitude of technologies and analytics. Its goal is to reduce non-revenue water (NRW) from the current 32 percent to 20 percent.

Oslo VAV was aware that detecting leaks in large-diameter transmission mains over long distances is challenging using conventional methods such as correlators, hydrophones and listening sticks. Recognizing the limitations of traditional approaches, Oslo VAV was open to investing in a pilot using specialized inline technologies that could pinpoint the location of leaks in large transmission mains without disrupting service.

Oslo VAV identified the Soerkedalen pipeline for the pilot inspection as part of their leak detection program. The 600-mm steel reserve supply line was suspected of having leaks, but previous detection approaches were unsuccessful in locating any leaks. 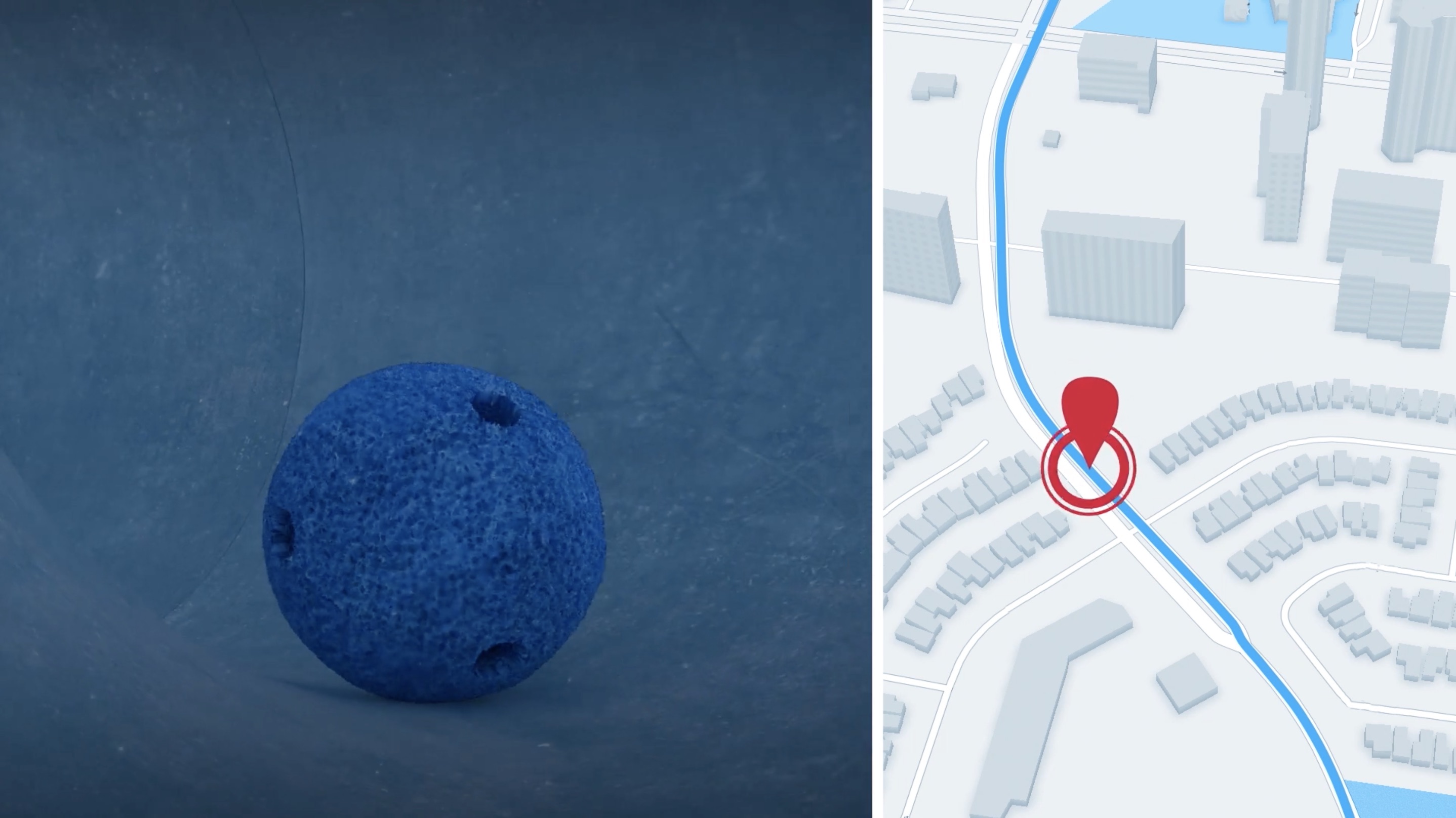 For the first survey, SmartBall was deployed. The SmartBall rolls along the bottom of the pipe with the flow of water, identifying leaks and gas pockets while the line remains in service, minimizing disruption. It is designed to navigate bends and travel many kilometers under a single deployment, making it the appropriate choice for the 6.4-kilometer inspection. SmartBall can detect leaks as small as 0.01 liters per minute and is much more precise than correlator approaches.

Xylem deployed Sahara for the second survey. Sahara has an acoustic sensor that performs leak and air pocket detection, and a high-resolution video camera to visually assess internal pipe conditions. The Sahara tool is drawn by water flow via a small drag chute and is tethered to a data acquisition unit on the surface, giving the operator close control to confirm suspected leaks, air pockets, and other visual anomalies.

The inspections took place over two days without any negative impact on operations. The acoustic data recorded by SmartBall was analyzed and then cross-referenced with client-supplied position data to give a precise location of the detected leaks. The SmartBall inspection identified 16 leaks, which were clearly visible in the data. The Oslo VAV team was immediately impressed with the tools’ capabilities when after just 130 meters of the Sahara inspection the tool detected a simulated leak put in place by the utility.

“SmartBall technology performed far and beyond our expectations,” said Kjetil Tangen, Group Leader, Leak Detection Department, Oslo VAV. “Most of the identified leaks were unknown to us. Based on the findings and current excavations and leak verifications, we estimate a total yearly water loss of 100,000 cubic meters from this pipe.”

The 100,000 cubic meters lost is enough to supply water to about 1,000 households every year. In addition to physical losses of water caused by even the smallest of leaks, the escaping water can eventually erode the surrounding soil making the area more prone to washouts or sinkholes. Unplanned excavations to repair breaks are costly, put repair crews at risk, and can erode consumer confidence in a public utility.

With the rich and valuable pipeline condition data provided by Xylem, Oslo VAV now has actionable information to make the best possible remediation decisions to aid in future capital planning to achieve its non-revenue water targets.

Spotlight on hydroinformatics, part 2: The lesser-known force shaping the future of water