It looks like you are coming from United States, but the current site you have selected to visit is Namibia. Do you want to change site? 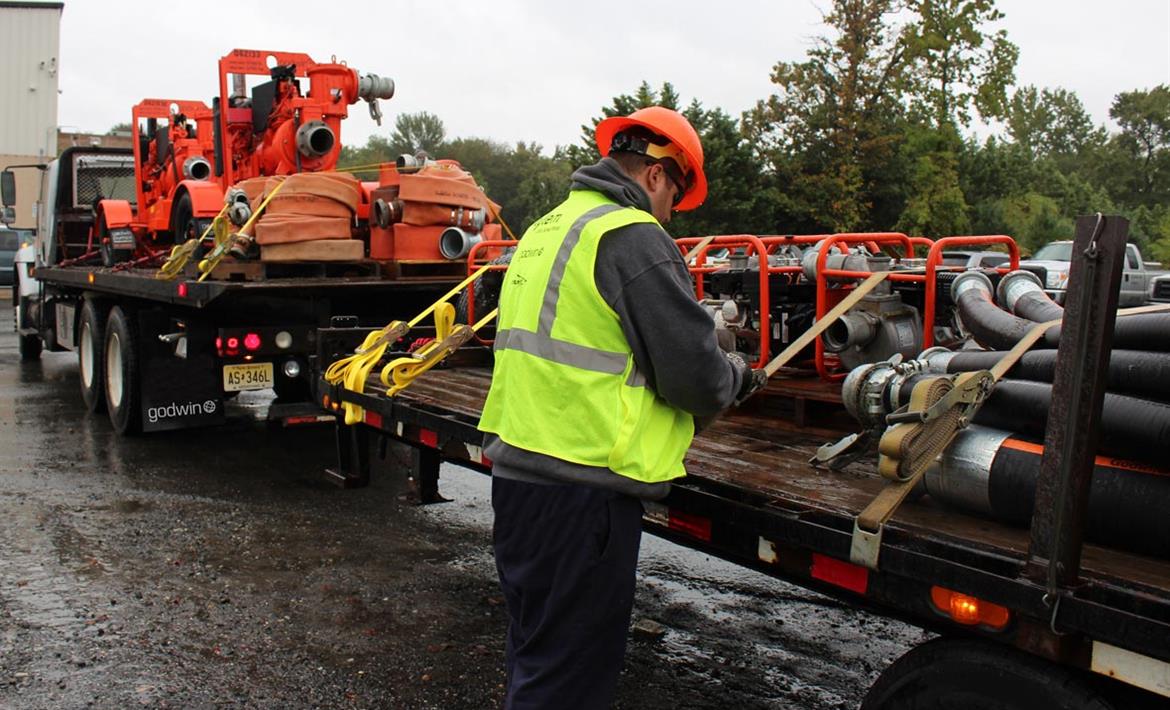 When it comes to hurricanes, the only certainty is uncertainty. We saw that again earlier this month when Hurricane Joaquin spent one week keeping everyone on the East Coast of the U.S. guessing about which way it would go and how much damage it would do.

In the end, Joaquin battered the Bahamas and then took a right turn out into the Atlantic, sparing most of the U.S. The one unfortunate exception was the Carolinas where a non-tropical low pressure system tapped into the hurricane's moisture and created an "atmospheric river" that resulted in record-shattering rains and flooding.

It was called a "thousand-year storm" – and it called for an extremely fast and mobile emergency pumping response. Fortunately, we have a lot of experience with tough storms like this.

At Xylem, we were tracking the storm even before it became a hurricane. When it became clear that Joaquin was gathering strength, we immediately began moving our pumps into place to deal with this lethal moving target. Our team transported pumps from as far away as Wyoming and Texas to our East Coast branches, and we even reached out to distributors to see if we could re-rent our own pumps to build up our stockpile of at-the-ready dewatering pumps.

In the end, we gathered hundreds of our Godwin portable dewatering pumps, purchased large quantities of pumps and hoses and kept repositioning this emergency equipment from state to state and branch to branch to help our customers hardest hit by Hurricane Joaquin. Naturally, most of these ended up in the Carolinas.

In Columbia, South Carolina, the main water treatment plant for the city lost its ability to draw water from the canal when a dam broke and the canal water levels dropped eight feet. While the city and Army Corps of Engineers worked on a temporary dam, we got a call for portable diesel-powered pumps that could draw water from the low-level canal and pump it to the treatment plant to replenish the city's holding reservoir. They were in place that very day.

But nothing goes as planned in disaster zones. When it turned out that the temporary dam was unstable, the Army Corps of Engineers shut off all water to the canal for dam repairs. Within 24 hours, we had deployed more pumps and pipeline – all the way from New York state – to pull water directly from the Congaree River and keep the reservoir filled and water flowing to city residents.

Meanwhile, the city's low water pressure was causing water shortages on the higher floors of four area hospitals. Our ability to rush rental pumps to the sites helped to prevent a mass evacuation of the hospitals.

That's how it has to happen during hurricanes. While governors decide if they should issue a state of emergency, our standard operating procedure is to be ready 24/7 for anything that comes our way.

During Joaquin, our operational personnel did a great job of preparing and coordinating the movement of equipment to industrial and public works customers. They answered the phones at any and all hours. And when our competitors ran out of pumps, they stepped in to fill the gap because during emergency events like Joaquin customers don't want excuses, they want the unmatched expertise and equipment stockpile a company like Xylem brings to these types of situations.

Joaquin won't be the last of our worries. There will be more hurricanes, tropical storms and flood events in the future – maybe even the near future. We're ready, and you can be too. Prepare now before the next storm by setting up a free contingency planning meeting.