It looks like you are coming from United States, but the current site you have selected to visit is Morocco. Do you want to change sites? 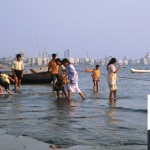 Providing enough clean water for a growing population can be difficult, even for relatively rich, developed countries. But in India, a country of 1.2 billion where both basic infrastructure and financial resources are in short supply, the problem is particularly acute. Impeller spoke with the managing director of Xylem India, H. Bala, who explained why proper wastewater treatment is not only urgently needed for public health reasons, but for the country’s economic growth.

Q. Why is wastewater treatment so critical an issue for India right now?

A. Part of the answer is in the numbers. In the next 40 years, India’s population is expected to grow by nearly half a billion. In the next two decades alone, the number of people living in Indian cities is projected to jump from 377 million to around 600 million. The water required to serve this population today is 740 billion cubic meters per year. By 2030, this number is expected to grow by approximately 200 percent, to nearly 1.5 trillion cubic meters per year.

But you also have to consider that India isn’t anywhere close to meeting its current needs. According to India’s Central Pollution Control Board, the country has an installed capacity to treat only about 30 percent of the household waste it generates – the rest is just untreated.

Q. What have been the effects of this infrastructure gap?

A. Since a lot of India’s wastewater and drinking water are not properly treated, this creates significant health problems. Approximately one-fifth of communicable diseases in India stem from unsafe water.

Q. How can India solve this problem?

A. I have been working on water issues in India for nine years, and it has become clear to me that there is a lot the country can and should do to become a wiser steward of its water resources. First among these must be creating adequate treatment infrastructure. If India can deploy adequate technology to treat water, it could significantly expand its water supply. Better water means better public health, industrial growth and therefore economic development.

Q. In a country the size of India, is it realistic to expect those changes to happen within the necessary time frame?

A. The challenge is huge, but not impossible. Meeting it will require political will and technological and policy innovation. But with water crises cropping up everywhere, India no longer has the luxury of a slow build up.

India’s investment in water and sanitation, including treatment systems, is still low but has increased over the past decade. Results are far from ideal, but nonetheless encouraging. For example in 1980, rural sanitation coverage was estimated at 1 percent. In 2008, it had expanded to 21 percent.

Q. Could private sector investment play a part in the solution?

A. Most definitely. In fact, one recent study lists the overall Indian water sector as having investment potential of $130 billion by 2030, and India’s total water and wastewater treatment market is growing annually by about 18 percent. The opportunities presented by this market are enormous, and they provide every incentive for the private sector to invest in India with a long-term perspective.

Q. Are any such private-sector projects already underway?

A. Yes. For example, last autumn our company signed a contract with a global engineering, procurement and construction company to install a biological treatment system in a wastewater plant in Jamnagar, in Gujarat state. The treated wastewater will be reused for non-potable industrial purposes, providing a cheaper alternative to the region’s reliance on water from the Narmada River. These are the type of location and application-specific solutions that India will need more as population levels rise in coming years.

Q. How are water issues and the country’s overall economic future related?

A. The government’s twelfth five year plan (2012-2017) states that economic growth of 8-9 percent is possible only if the water-related requirements of the growing population are met. Better water means better public health and more widespread economic development.

If India were to widely deploy adequate treatment technology, the country would be able to significantly expand its available water supply, both for potable and non-potable use. Our economy, industry and most importantly, our people, would reap the benefits.