It looks like you are coming from United States, but the current site you have selected to visit is Lesotho. Do you want to change site? 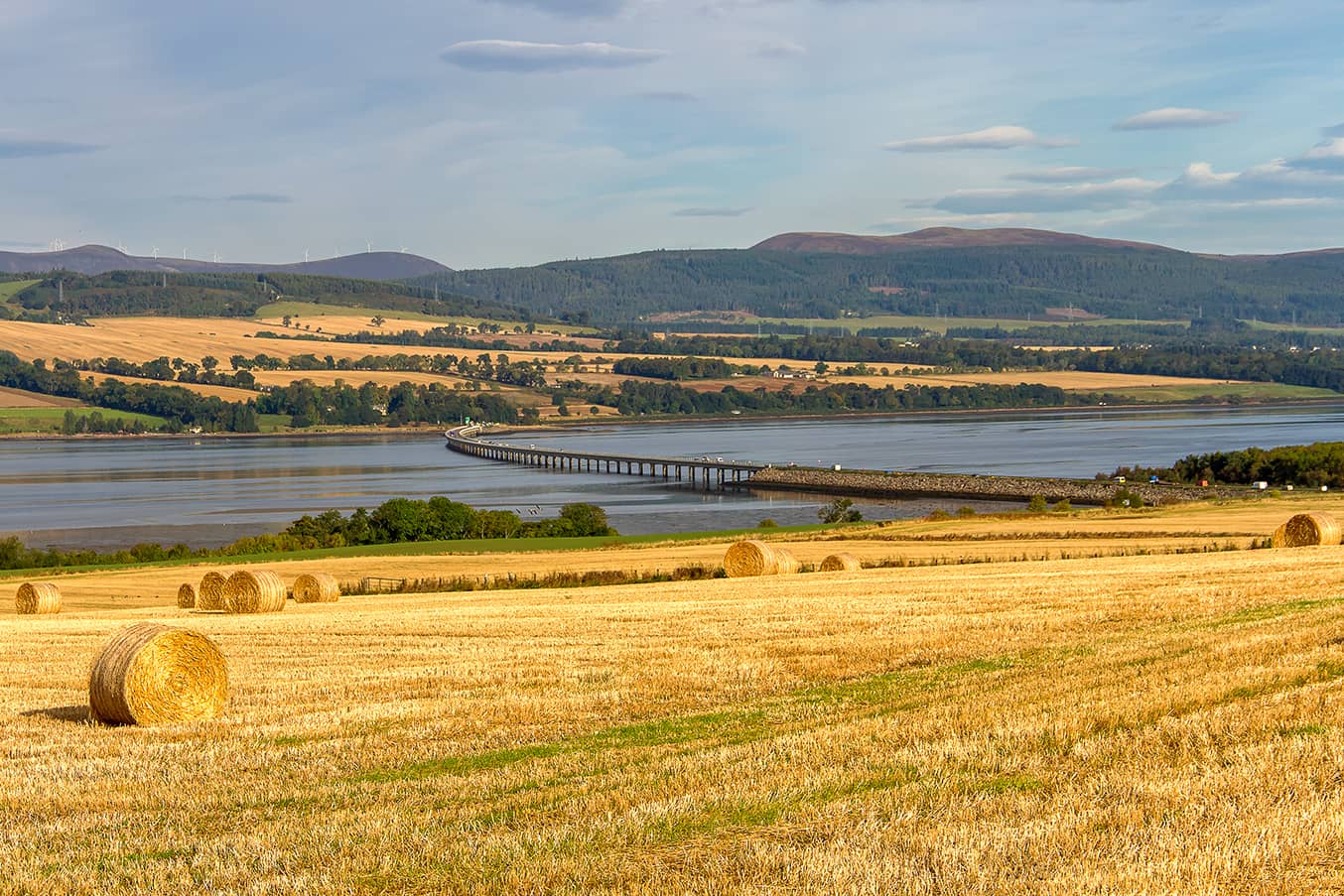 Scottish Water is a public utility created in 2002 with the merger of three regional providers. The utility is one of the largest water suppliers in the United Kingdom, producing 1.53 billion liters (404 million gallons) of drinking water per day. They serve 2.57 million households and more than 150,000 businesses.

Scottish Water already invests heavily in its critical infrastructure, yet they estimate aging assets will double the level of investment needed over the next 20 years.  However, the utility is committed to managing its assets efficiently by gaining greater insight into their performance. One area of focus and success has been reducing leakage levels, which are now 15 percent lower than in 2014.

The utility has a large geographic footprint. They operate over 48,000 kilometers (30,000 mi) of water pipelines. This network spans challenging terrain ranging from the hard granite highlands of the north to fertile lowlands in the south. The Newmore Raw Water Transmission Main is located in northeast Scotland in the Ross and Cromarty region. This critical pipeline conveys water to the Newmore Water Treatment Works, which services nearly 8,000 residences. Scottish Water prioritised the pipeline for inspection to gain a better understanding of its current condition.

Regulators in the United Kingdom and across Europe are increasingly focused on ensuring the long-term sustainability of water supplies. This aligns with growing public and investor concern about climate change, water loss, and the health of local waterways. As a result, water utilities are working to extend the life of assets, improve energy efficiency, and reduce leaks and bursts.

Scottish Water has a 25-year strategic plan for renewing infrastructure to provide high-quality water services that benefit people and the planet. Aging infrastructure is one of the utility’s primary challenges, with many pipelines built over 50 years ago and some well over 100 years old. Scottish Water is dedicated to investing strategically in these assets. One way they are optimising capital spending is by renewing pipelines based on condition data rather than age alone.

The Newmore Raw Water Transmission Main was constructed in 1979 using prestressed concrete cylinder pipes (PCCP) that range from 685 to 760 millimeters (27–30 in) in diameter. The main transports raw water over 15 kilometers (9 mi) through some difficult terrain, including river crossings. A shallow section of the pipeline is subject to additional loading from the weight and movement of large trucks and machinery above. The route is primarily rural, but there are sections near residences. A preliminary analysis revealed that a pipe failure could substantially affect several properties and their inhabitants.

One proposed solution was to install a new water main that diverted flow away from the risk area at an estimated cost of £16 million (US$22 million).

The pipeline also provides water to a whisky distillery that operates seven days a week. The raw unprocessed water contributes to the whisky’s distinctive character. Damage to the pipe resulting in a service disruption or change in water composition could severely affect the business and stop production.

Scottish Water decided to inspect the main before committing to laying a new pipeline along an alternative route. The utility partnered with Xylem to conduct an inline leak detection survey and an inspection of the pipe wall. This would enable Scottish Water to establish the integrity of the asset and its likelihood of failure. With this information, they could evaluate alternatives to installing a new pipeline and prioritise any investment with respect to other potential network upgrades.

The distillery and local residences depend on a continual supply of water, so it was vital that these customers experienced minimal disruption. Scottish Water’s asset management and network operations teams worked closely with Xylem to minimise impacts to the distillery and downstream water treatment works over the course of the survey. The teams identified potential risks ahead of the inspection and developed contingency plans for efficient problem solving. Xylem also conducted field surveys and analysed pipe ingress and egress points to minimise risk when deploying and extracting the inspection tools.

The team inspected the main with free-swimming tools that operate while the pipeline remains in service. Receivers placed strategically along the pipeline tracked the tools throughout the inspection. Real-time tracking ensured the team could rapidly detect any problems and put a contingency plan in place as quickly as possible.

The team first inspected the main for leaks and gas pockets using Xylem’s Smartball® platform. They later deployed the PipeDiver® platform, which uses electromagnetic technology to locate and quantify broken wire wraps in each pipe. For the best possible accuracy, the tool’s sensors were calibrated using a spare pipe from the Newmore Raw Water Transmission Main.

“The assessment of this main with SmartBall and PipeDiver helped us validate the integrity of the pipe and address any weak points.  We have reduced the risk of ongoing operation and now have a strong understanding of the condition of the main.”

Overall, the pipeline is in serviceable condition. However, the inspections identified some areas of concern. The SmartBall platform identified five leaks of varying magnitude along an 800-meter (0.5 mi) section of the pipeline. Further investigations revealed that these leaks occurred at pipe fittings and were not caused by joint issues or barrel defects. The PipeDiver platform inspected 3,382 pipes and identified 12 sections with broken wire wraps. One area of concern was a pipe with more than 25 broken wire wraps that was located near one of the large leaks detected during the SmartBall survey.

Based on the results of the condition assessment, Xylem recommended a series of cost-efficient, high-value interventions. These included repairing the pipe of concern with external structural wrap, installing a permanent acoustic leak monitoring system, and installing a pressure reducing valve to minimise the impact on nearby properties in the unlikely event of a failure.

Together, these solutions would manage asset risk while avoiding a costly diversion or pipeline replacement. The original proposed solution was to create a new route for the highest-risk section of pipeline at an estimated cost of £16 million (US$22 million). Assessing the pipeline and implementing the recommended interventions would cost less than 10 percent of the original proposal.

The SmartBall and PipeDiver inspections provided Scottish Water with detailed condition data that showed the pipeline was in better condition than originally expected. The risk of a failure could be significantly reduced and the pipeline’s operational life safely extended with several cost-effective interventions. Extending the life of the main would save money, reduce carbon emissions associated with replacement, and enable the utility to refocus resources on higher priority capital and maintenance projects.