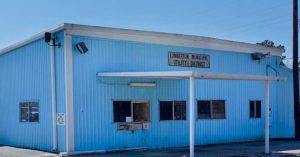 Lumberton seems like any other small American town, with a water tower bearing the town’s name standing within view of the local football field. But what makes this Texas community different can’t be seen. Thanks to Flygt N-pumps and other improvements, the Lumberton Municipal Utility District (MUD) has increased energy efficiency since 2003 with more than 30 percent.

Today, slightly more than half of the utility’s 24,000 customers live in a rural setting. The MUD’s service area covers 63 square miles (164 square km) with 325 miles (524 km) of pipes in various sizes and about 60 lift stations. The population served by the utility has been growing about six percent a year.

“This is an excellent example of the payoff you get from sustained efficiency,” says Xylem’s Large Pumps & Applications Marketing Director Stefan Abelin, referring to the idea that self-cleaning hydraulics are critical for maintaining pump performance over time. “Most utilities don’t make these measurements. They assume performance will match the performance curves, but those are based on clean water.”

Back in 2001 an assessment by the MUD revealed multiple issues. The system’s 10- to

15-year-old pumps were inefficient, unreliable and hard to troubleshoot. The combination was costly, leading to increased downtime and customer complaints.

To fix these problems, the utility standardized its equipment and improved its technologies and control schemes. With assistance from Houston-based distributor Hahn Equipment, the utility installed a series of Flygt N-pumps. This led to a drastic reduction in electric motor repair bills because the pumps don’t overheat, don’t have current imbalances and are largely clog-free.

“These have been really good,” Starr says. “We haven’t found better pumps yet.”

Xylem’s Abelin says, “We have been refining N-pump technology over a ten-year period. Customers benefit because there are fewer instances of clogging and they’re more energy efficient. We know from field tests that upgrading to N-pumps easily saves 20 to 30 percent in terms of energy. In fact, in certain markets, we guarantee savings of 25 percent.”

Other upgrades included level transducers, check valves and air relief valves. The latter two boost pumping efficiency by ensuring that water is pumped only once and that no air is trapped in the lines. As for the level transducers, using water level as a control parameter along with a pump-hour sharing scheme has proved very useful.

With this control strategy, the pump with the lowest number of hours is the one that comes on next. Consequently, the number of starts a pump has indicates its effectiveness at moving water. For example, if one of two pumps at the same station has half the starts of the other, then it is pumping half as much and is much less efficient. Starr tracks this start data and uses it in conjunction with power consumption data to spot problems early. Maintenance can then be scheduled at a convenient time, not just performed in response to emergencies.

Starr notes that the utility’s continuing expansion presents a challenge since not everything can be optimized at once. A mismatch between the pipe capacity and pump size, for example, can lead to greater water flow but at a higher energy cost – a situation which the efficiency of the Flygt N pump is especially valuable.

Utility officials believe that preventive maintenance and predictive troubleshooting will pay off. As MUD Manager Roger Fussell says, “We hope that in 20 years you can come back and see the same Flygt pumps that we’ve been talking about today, because we took care of them.”

Lumberton is located a few miles from Beaumont and within a short drive of the Texas coast. It also is not far from Spindletop, the site of the oil strike that started the state’s petroleum boom. The town’s namesake lumber industry left decades ago; today, the town is largely residential.

The Lumberton Municipal Utility District (MUD) was formed in 1977, predating the town’s incorporation in the early 1980s. The utility has revenues of about USD 5 million a year, collected in fees from its customers. The MUD issues bonds to finance large projects such as lift stations and water towers.

Those structures have to withstand hurricanes, such as Hurricane Rita in 2005 and Hurricane Ike in 2008. The latter caused extensive damage in Texas. However, the Lumberton MUD’s lift station built between the two storms rode out Hurricane Ike without losing a single shingle from its roof.