It looks like you are coming from United States, but the current site you have selected to visit is Japan. Do you want to change sites? 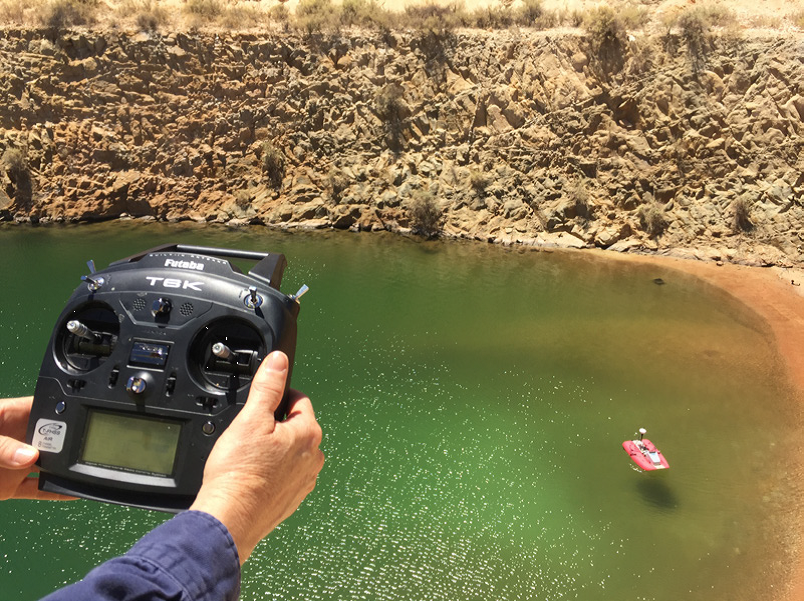 Norton Gold Fields Limited operates a gold mining and processing operation in Kalgoorlie, Australia. Impounded waters are part and parcel of gold mining from the development of mining pits and de- watering operations.

Previously, volume surveys of impounded waters in pit lakes had been undertaken using Total Station positioning and soundings taken from a boat on the lake. This was a labour intensive process with up to four people required for the survey. In addition to this was the safety con- cerns associated with working on the water in boats. Kellie Carter, Senior Environmental Advisor, approached Xylem regarding any pos- sible solutions to make this process more efficient.

“This was a labour intensive process with up to four people required for the survey. In addition to this was the safety concerns associated with working on the water in boats.” 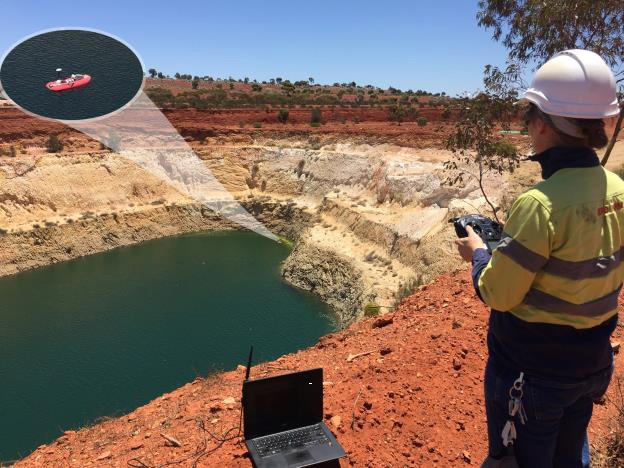 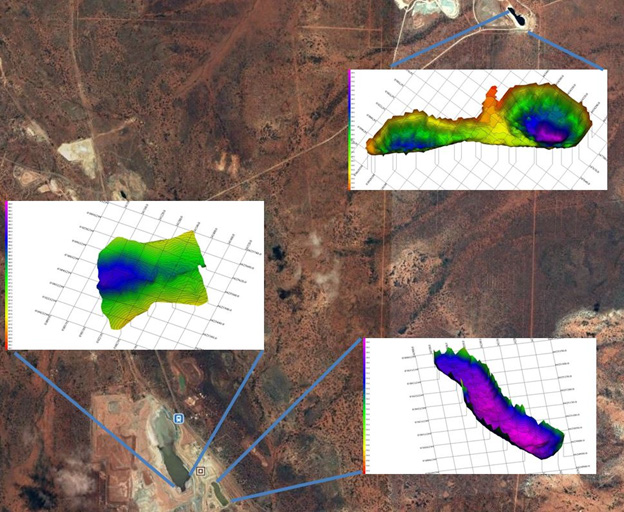 Having previously undertaken a successful bathymetric survey using a radio controlled boat of a pond in the Tropicana Mining Lease, Xylem was engaged to undertake bathymetric surveys at three of the Pit Lakes within the Norton Gold Fields.

Surveys were conducted at three mining pits in January 2018 using the Xylem UK rQPOD radio controlled vessel and the SonTek HydroSurveyor-M9 system over two days. Speed of sound in water cor- rections, an integral part of any acoustic survey, were carried out using the SonTek CastAway-CTD. HYPACK software managed the prepara- tion, survey, processing and outputs for the survey. 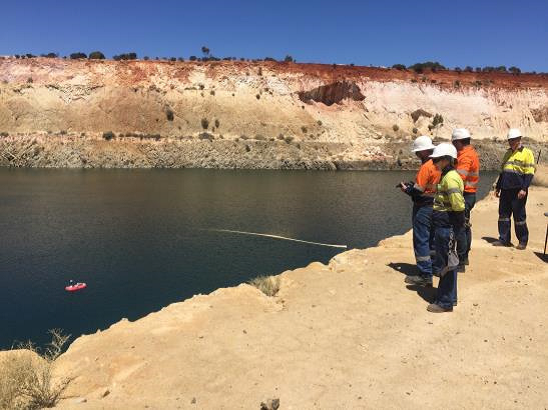 The survey assignment was unique with a large and very shallow lake (maximum depth 1.6m) followed by a very deep, steep walled mining pit (maximum depth 56m). The final lake, maximum depth of 6m was a steep walled figure of eight pit. As such, the radio controlled boat had to be operated from up to 362 metres away

The resultant bathymetric data is used to build a model of the surveyed area and subsequently volume can be determined. Accurate volumes of impounded water are a key environmental reporting requirement. Kellie Carter also mentioned that she could see the value for quickly and safely determining volumes of water required for dewatering and thus ensuring correct pumping capacities as well as suction placement can be assessed. 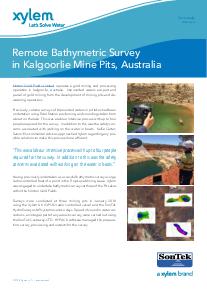