Challenge
Hillsborough County has the largest retail reclaimed water program in the Nation, with more than 17,000 customers and agreements in place to serve another 5,000, for a total of 22,000 accounts. In 2009, the county produced about 34 million gallons per day on average, with over 22 million gallons being distributed to customers, while the rest was discharged into surface waters. The average annual use of reclaimed water was around 60 percent, a byproduct of Florida’s weather patterns. There were weeks every year when the utility was utilizing 100 percent of its reclaimed water and much less during the dry months and rainy season. The utility’s long-term goal was to achieve 100 percent beneficial use of its reclaimed water 365 days a year. 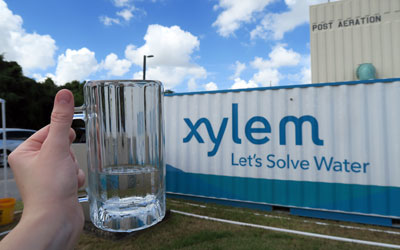