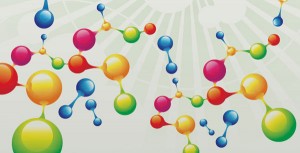 The groundbreaking Advanced Oxidation Process (AOP) is a way to control microcontaminants that build up in ground- and surface water.

Scientists have been warning about micropollutants in our drinking water for years, contaminants that originate in discharges from industry, agriculture or households. One problem involves the residues of pharmaceuticals that get into wastewater via the sewer system from hospitals and households. Furthermore, pesticides and a large number of other chemical substances, such as dioxane, also build up in bodies of water. Since conventional water treatment plants are unable to cope with many of these health-threatening substances, the issue is now becoming part of environmental and health policies in many countries.

AOP solutions that have been developed in the research and development laboratory in Xylem’s Herford location in Germany have been marketed for more than a decade. “A great advantage of the AOP process is that no harmful by-products are formed,” explains Daniel Rohring, Xylem’s Product & Application Manager Ozone at Herford.

Via its Wedeco brand, Xylem has been offering the MiPRO concept for well over a year. MiPRO uses the Advanced Oxidation Process (AOP) to control microcontaminants in drinking water, the main driver of which is the formation of hydroxyl radicals (OH radicals). These radicals have high oxidation potential, and oxidation renders harmful substances ineffective.

With its Wedeco MiPRO products, Xylem offers a flexible solution that can be tailored to individual plants. Such a solution begins with an analysis of the requirements, taking into account the specific conditions at the plant, including its water composition, the contaminants that are present, the objectives of the treatment, the formation of by-products, energy consumption and installation costs. Xylem engineers then design the specific constellation of ozone, hydrogen peroxide and, optionally, UV light.

UV light is used in the AOP process if substances that are photosensitive have to be broken down, such as N-nitrosodimethylamine (NDMA), a by-product of industrial processes that cannot be degraded biologically and may cause cancer. In competitive products, medium-pressure UV light is used in combination with hydrogen peroxide. In the case of Wedeco MiPRO eco3 plus, low-pressure UV lamps with a wavelength of 254 nanometers are used. Rohring explains, “Operating costs and the cleaning efficiency can be more favorable in this solution, as we have demonstrated.”