Turning to Xylem for help, the City installed and commissioned BLU-X, a distributed real-time decision support system (RT-DSS) consisting of smart sensors and actuators that trade available conveyance capacity in real time, like an underground stock market, to avoid flooding. 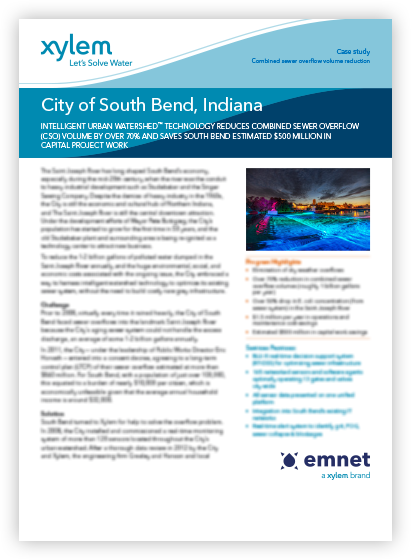 After an uncontrolled leak affected one-third of their customers, Flower Mound, TX embarked on an asset management program to make more informed decisions and improve the reliability of service.