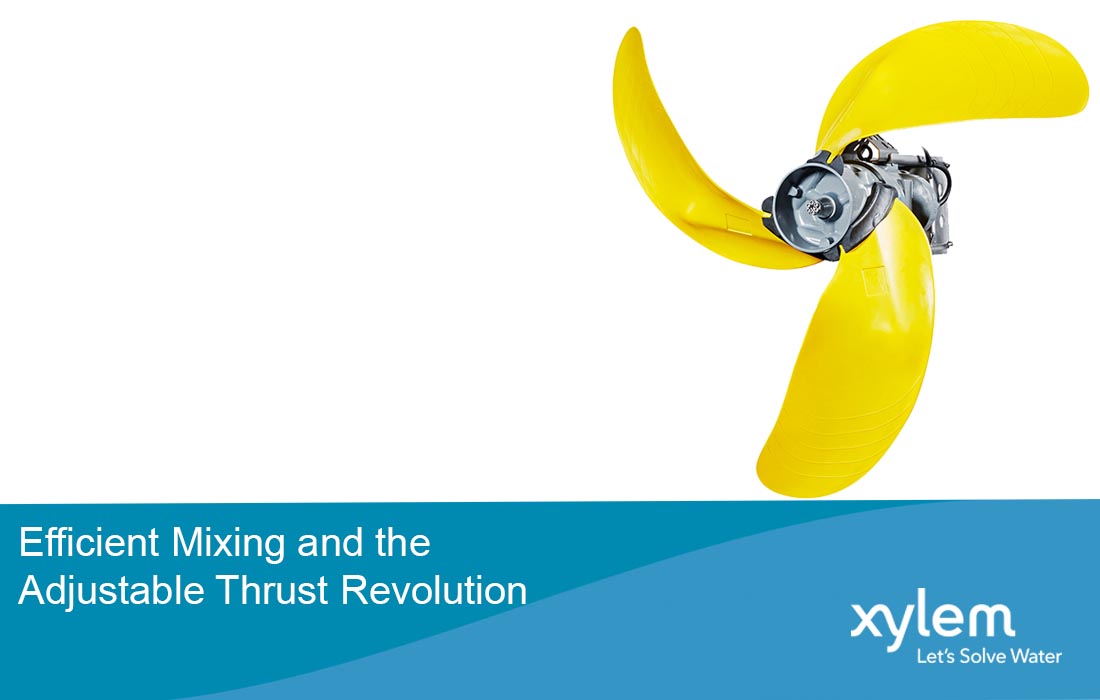 Traditionally, in wastewater treatment processes requiring mixing, the same degree of mixing is applied regardless of actual real-time need. Although the industry has seen a significant increase in the use of variable frequency drives (VFDs) over the past 20 years, particularly for pump and aeration control, little has been done regarding controlling mixer-driven flow.

It’s an odd omission. Cars use different gears at different speeds, for better use of available torque and lower fuel economy. Today, most washing machines weigh clothes and dose water according to weight and washing temperature, thereby saving both resources and energy.

Why not have mixers dynamically adjust their thrust, and hence power consumption, to meet whatever the present mixing need is?

Interestingly, aeration control based on oxygen need has been widely practiced for quite some time. Mixing by aerators may vary as the oxygen requirement, and thus rate of aeration, varies. This holds for mechanical and fine bubble diffused aeration alike. Control algorithms are still under development to further maximize the nitrification output per kWh of energy spent while maintaining sufficient capacity.

By contrast, in mixing of unaerated (anoxic or anaerobic) zones or in oxidation ditches, for example, mixer capacity turndown is hardly ever practiced. This is surprising since, if correctly implemented, variable speed mixer operation can lead to significantly lower energy consumption and increased mixing reliability.

Demonstrating the need for such an advancement, many wastewater plants have used single speed mixers in “switch-on/switch-off” mode. These resourceful plant operators  manually turn one or more mixers off when thrust requirement is reduced, such as when an oxidation ditch is running in full anoxic mode. Flygt’s integrated drive technology allows continuous thrust variation to be easily acquired, and operates more reliably than manual “switch-on/switch-off” practices.

The logical next step from those manual practices is to reap the additional energy savings of a more efficient automated operation with all mixers running, but at the lowest produced thrust per unit required as conditions vary.

The three examples below illustrate opportunities for energy savings from demand-based mixing:

1) The flow rate into an anoxic or anaerobic tank is reduced, and the risk of bypassing decreases.

3) The oxidation ditch diffused aeration is reduced or turned off – mixer thrust can then be simply reduced to meet the lower thrust requirement.

The result in all three situations is reduced energy consumption. A second but important cost benefit is reduced maintenance and increased equipment life from the elimination of abrupt starts and stops.

Some plants have installed tank-side VFDs to add a degree of operational flexibility to a single speed mixer. This modification, however, introduces electromagnetic compatibility (EMC) and other installation and commissioning issues. Tank-side VFDs exposed to the environment are also inherently less reliable than the internal VFD.

Longer service life with demand-based mixing results from both reduced propeller revolutions and smooth, continuously varying speed instead of abrupt starting and stopping. Most importantly, having complete control over the mixer’s thrust assures the lowest power consumption while at the same time achieving sufficient mixing. 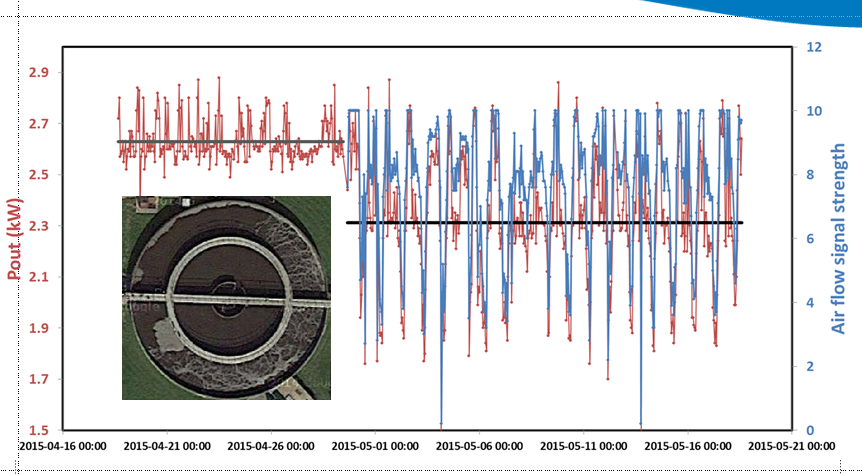