The city of Buffalo was experiencing nearly two billion gallons of combined sewer overflows (CSOs) annually, leading to a consent decree requiring improvements to its collection system. By partnering with Xylem to deploy its Xylem Wastewater Network Optimization system, the city was able to reduce CSOs by 450 million gallons in the first 12 months and lower the budget for fulfilling the consent decree by $145 million.

In the early 1900s, Buffalo was the eighth largest city in the U.S., a gateway for commerce and manufacturing due to its early embrace of hydroelectric power generated from nearby Niagara Falls. To accommodate its projected growth, Buffalo built a (then) state-of-the-art combined sewer system that collected and transmitted sanitary and storm water flows within a single pipe system to the Buffalo River, Scajaquada Creek and the Niagara River.

By mid-century, the city constructed a massive wastewater treatment facility and upgraded its sewer system to accommodate at least 750,000 people. This allowed the city to capture dry weather sewer flows and send them to the plant, but the combined sewer system was still designed to send the vast majority of wet weather flows to the city’s receiving waters.

After years of negotiations, the city and its partners came to an agreement, and in 2014, BSA received approval of its Long-Term Control Plan for CSO abatement, with an estimated budget of $525 million. With the city facing limited funds from a reduced taxpayer base, BSA needed an innovative but cost-effective solution to address CSOs. So the city once again embraced pioneering technology. 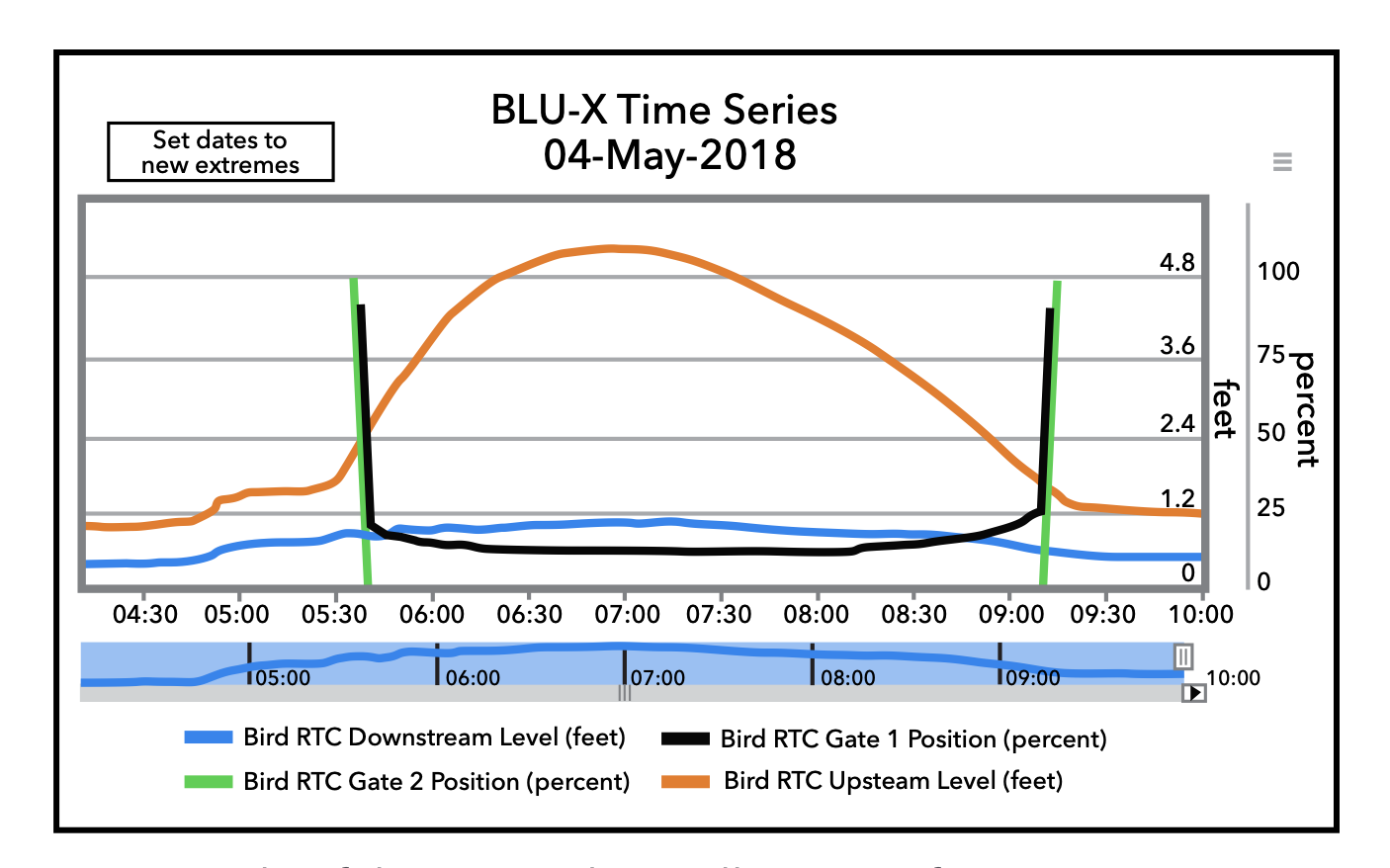 City officials knew they could not continue operating their collection system the same way they had been since the 1950s, and costly investments in new gray infrastructure, like tunnels and storage tanks, were deemed equally infeasible. Xylem, alongside BSA’s talented team of engineers and consultants, worked together to determine how to evolve the sewer system.

The strategy leveraged new technology to optimize existing infrastructure, building and controlling inline storage vaults that transformed Buffalo’s massive gravity sewer system into a managed conveyance and storage system. The goal of the system is to minimize and/or eliminate CSOs using Xylem Wastewater Network Optimization. Sixteen sites were identified for inline storage and optimal conveyance throughout the city. BSA selected the sites based on maximum return of investment, with the first two sites chosen for implementation as a representative sample of all the sites.

As of today, six storage sites are now live. What’s truly exciting is that the first three sites alone have reduced Buffalo’s CSO volume by 450 million gallons over the first 12 months – 100 million gallons more than original estimates for the full system.

This means Xylem's real-time decision support system (RT-DSS) could end up helping BSA reduce CSOs by three to four times as much as initially projected.

Another critical benefit of the technology is that Xylem Wastewater Optimization is designed to provide continuous improvements in results. As each wet weather event provides more data, BSA can expect increasing levels of system intelligence, resulting in additional operations and maintenance cost reductions, as well as further reductions in CSOs. As part of their ongoing partnership, BSA and Xylem will continue to work together to coordinate the operations of relevant sites.

The smart sewer solution is helping BSA achieve outcomes significantly surpassing the original design, with even more sewage than estimated being safely stored, conveyed, treated and released to receiving waters as clean water effluent in a wider variety of weather conditions. As a result, BSA is helping lead the way in the clean water industry while saving the city tens of millions in avoided capital infrastructure investment.

Ultimately, BSA was able to present a revised Long-Term Control Plan expected to save the city at least $145 million. The RT-DSS retrofits, and additional minimally invasive green and gray infrastructure improvements, will enable critical environmental progress at a far more sustainable cost to residents. In fact, with the success of BSA’s CSO strategy, there may be even more capital infrastructure savings in its future as it achieves its ongoing environmental, economic and water equity objectives.

Partnering with our customers to solve water across India