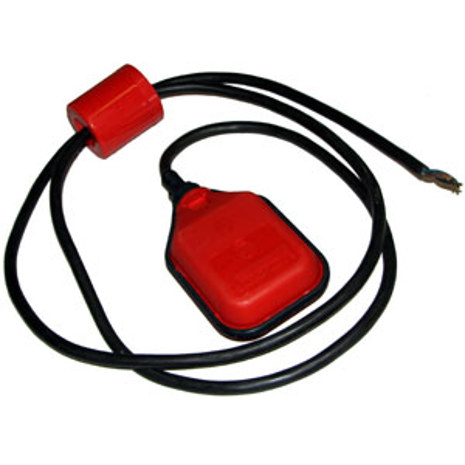 Global Water's WA150 Tilt Float Switch is an inexpensive, efficient and highly reliable level detector for open vessels, sumps and ponds.  The Tilt Float Switch's molded rubber float has an integral three conductor cable and operates on a micro-switch device that is located inside the rubber float on an anti-vibration mount.  The WA150 Tilt Float Switch includes an adjustable cable weight, which allows it to be suspended from a convenient location above the water rather than having to tie it off at your desired actuation point.  The Tilt Float Switch's rubber float is constructed of EPDM, a synthetic rubber with rigid and durable characteristics for long service life and resistance to heat, oxidation, ozone and aging due to weather.  As a non-polar elastomer, EPDM has good electrical resistivity, as well as resistance to polar solvents such as water, acids, alkalies, phosphate esters and many ketones and alcohols.

The WA150 Tilt Float Switch's basic operating principle is that as the fluid level rises the rubber float will rise, causing the micro-switch to tilt and generate a signal that can be used to operate a motor starter, open or close a valve or actuate indicator alarms as required.  The Tilt Float Switch's 3-lead cable allows operation on increasing level or decreasing level.  One lead is common, one is normally open (NO), the other is normally closed (NC).

To alleviate the effects of rapid switching conditions if such turbulence is expected, it is recommended that a maintaining circuit be used to both safeguard the Tilt Float Switch's micro-switch and cut out any chatter from the starters of associated equipment, such as pumps.