Lowara supplies water to the highest building in the Balkans 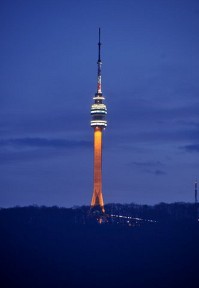 In 1999 one of the great symbols of Serbia – the Avala Tower – was destroyed by a NATO bomb. Twelve years later, as a symbol of unity and achievement, the new Avala Tower was formally opened on the same hilltop in Belgrade. Its characteristic geometric shape has been retained, with a transverse section in the shape of an equilateral triangle.

Like its predecessor the new tower will be used primarily for high-tech telecommunications, but the new building has several enhancements, not least a restaurant with commanding views 124 metres high and a viewing terrace two metres higher still. In all the tower stretches to a full height of 204.5 metres, making it the tallest in the Balkans.

The tower houses workspaces as well as the restaurant, and generates a significant demand for sanitary water in addition to a fire system. Lowara’s representative in the Serbia region is BINEMIKOM, and they supplied various solutions for the requirements of the Avala Tower.

In the lower, concrete-constructed zone of the tower is a booster set featuring two Lowara SV series multistage pumps. These are for supplying water and the SV series has a capacity up to 120mc/h and head up to 330 metres.

There is a second booster set with two SV series pumps. This has a dual purpose of supplying water to the steel-constructed higher zone of the tower where the restaurant and technical premises are located, as well as the water mist fire extinguishing system.

The three Lowara booster sets were assembled using Lowara pumps in the BINEMIKOM workshops, with appropriate frequency inverters, and completely satisfy the water demands for sanitary and fire-fighting water. The Avala Tower, with its new top to toe external illumination, was opened in April 2010 and will continue to make a statement for generations to come.