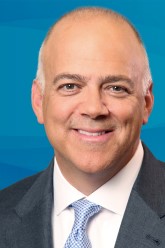 Tony Milando joined Xylem in 2015. In this role, he is responsible for driving operational excellence and process simplification across the organization.  His key focus areas include building the vision and roadmap for the Company’s continuous improvement initiatives, implementing robust tools and measurement methodologies such as Lean and Six Sigma, and leading the Company toward best-in-class status in operations, procurement and supply chain.