Could not find any links for specified country. Please check back later.
Enable high contrast mode
< View all Executive Leadership 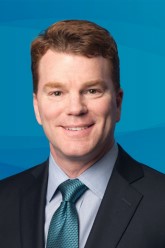 Mr. Sabol served as Chief Strategy & Growth Officer of Xylem when the company spun-off from ITT in 2011. He joined ITT in 2006 and served as Vice President of Marketing and Business Development for Fluid and Motion Control, where he was responsible for strategy, marketing, business planning, mergers and acquisitions, product development and organic growth initiatives. Before joining ITT, Mr. Sabol held a variety of leadership positions with General Electric, including Chief Financial Officer for GE Energy Services and VP of Mergers & Acquisitions for GE Corporate. He led the acquisitions that formed GE Water and was named Chief Marketing Officer of that business in 2002.

Mr. Sabol served as Chair of Xylem Watermark, Xylem’s corporate citizenship and social investment program, from 2015 through 2017. He graduated from Alfred University in New York with a Bachelor of Science in materials engineering.