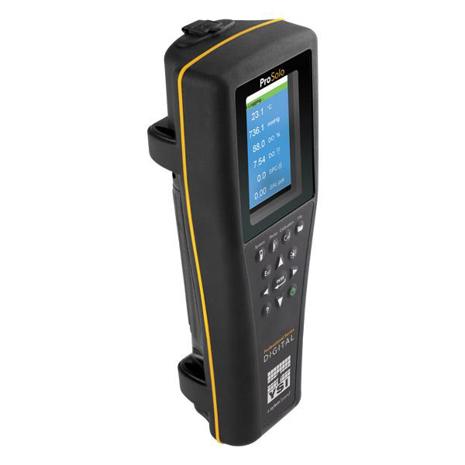 The ODO/T probe assembly pairs with the ProSolo Handheld to form a complete sampling system.

Featuring integral, digital sensors, the ODO/T is plug-and-play which minimizes time spent on instrument setup. Pro DIGITAL technology allows the handheld to automatically recognize connected sensors, so there is no need to tell the instrument what is connected.

Optical Dissolved Oxygen (ODO) technology is non-consumptive, meaning oxygen is not consumed during the measurement. Flow dependence is non-existent and no stirring is required, resulting in the most accurate DO measurements available from a probe. The ODO sensor is not susceptible to interferences from other gases, drifts less and holds calibration longer than membrane covered sensors. Maintenance is a breeze with a simple, threaded optical cap that is good for at least two years.

Do you have an old meter you'd like to trade in for a discount on a new ProSolo ODO/T system? Check out the Pro Series Trade-In Promotion going on now (U.S. only).

Be the envy of your co-workers by winning a ProSolo ODO/T system! Enter to win a ProSolo optical DO system.