The WWTP was built in 1975 by the Ohio Water Development Authorities and was purchased from the State of Ohio by the City of North Ridgeville in 1983. While the plant is only a few decades old, North Ridgeville has continually upgraded and maintained its operations. The city has invested millions of dollars to ensure that the plant remains current with technology and in compliance with everchanging environmental guidelines..

Working closely with the city’s consulting engineer, Jones & Henry Engineers, Ltd., Toledo, OH, North Ridgeville selected the Wedeco Duron UV system over other inclined UV systems based on an evaluated bid including a 20 year life cycle cost analysis due its energy efficiency and the ease of maintenance this system is offering. According to the client the removal of the old system was fairly straightforward. The existing channel was utilized as the Duron UV banks are actually narrower than the existing space. The area where the existing UV system was located was demolished and a new level control gate structure was constructed. 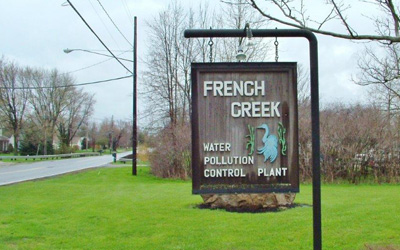