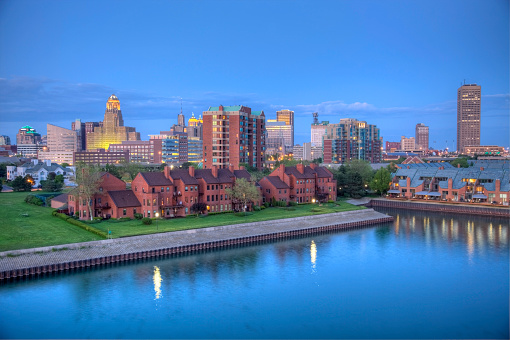 City officials knew they couldn’t continue operating their collection system the same way they had been since the 1950s, and costly investments in new gray infrastructure like tunnels and storage tanks were equally as infeasible. Xylem, along with BSA’s talented team of engineers and consultants, worked together to begin designing and implementing a real-time decision support system (RT-DSS) across the city.

The RT-DSS strategy focused on building and controlling inline storage vaults to transform Buffalo’s massive gravity sewer system into a managed conveyance and storage system. The goal of the RT-DSS program is to minimize and/or eliminate CSOs by retrofitting the operational behavior of the existing infrastructure using Xylem’s BLU-X™ Wastewater Network Optimization. Sixteen RT-DSS sites were identified for inline storage and optimal conveyance throughout the City. These sites were selected for maximum return of investment, and the first two sites selected for implementation were chosen as a representative sample of all the sites.