The Owasco Outlet in Auburn, New York, is a waterway that flows from the north end of Owasco Lake through five counties before connecting to the Seneca River. Over time, portions of the Owasco Outlet were contaminated with coal tar. A byproduct of burning coal, the coal tar had been buried throughout the grounds of a former manufactured gas plant located along the waterway during the 1800s, eventually leaching into the surrounding sediment.

In 2016, the city of Auburn initiated a soil remediation project to clean up
the contaminated portions of the Owasco Outlet along McMaster Street and Clark Street. The selected remedy for the site was excavation of the waterway sediments “in the dry,” which is accomplished via construction of a temporary channel to reroute stream flows and facilitate dewatering of the targeted excavation area. Excavated sediments were to be solidified on-site prior to off-site disposal, and the excavation area was to be restored to its original character. 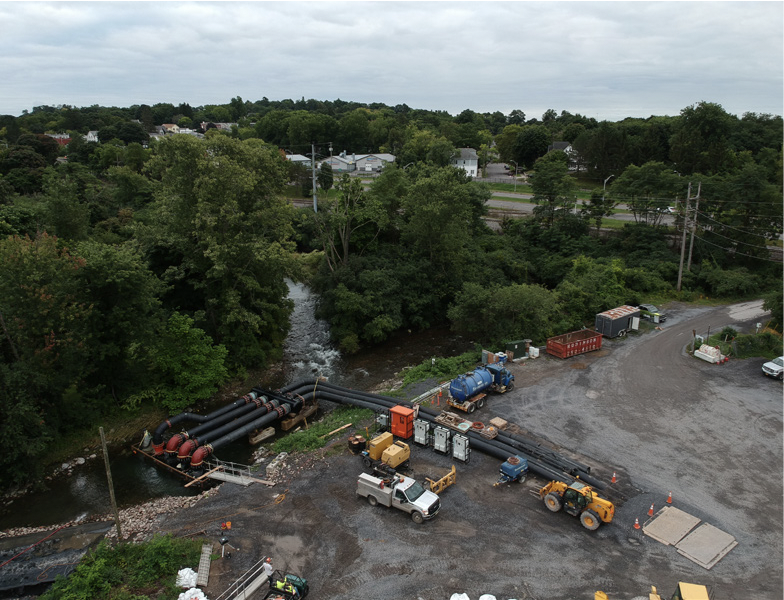