Lancaster, Pennsylvania, like hundreds of other cities across the nation, is tackling the challenges of upgrading its water and sewage system as efficiently and cost-effectively as possible. A key part of the city’s endeavor is the upgrade of four pumping stations along the Conestoga River to reroute more stormwater to the City’s Advanced Wastewater Treatment Plant (AWWTP), versus draining it into the river.

One of the four upgrade projects involved expansion of the Lancaster North Sewage Pumping Station. The job required a temporary bypass to circumvent the station during the upgrade.

“This wasn’t a straightforward construction job, so it was important to have a good team of experienced professionals in place,” says Jeff Laney, Project Manager for Wickersham Construction & Engineering, a Lancaster firm with more than 100 years of experience in commercial, industrial, environmental and wastewater projects.

The City hired CDM Smith as consulting engineers to design the project. Wickersham won the bid for the construction work, and Xylem was hired to design and implement the bypass. 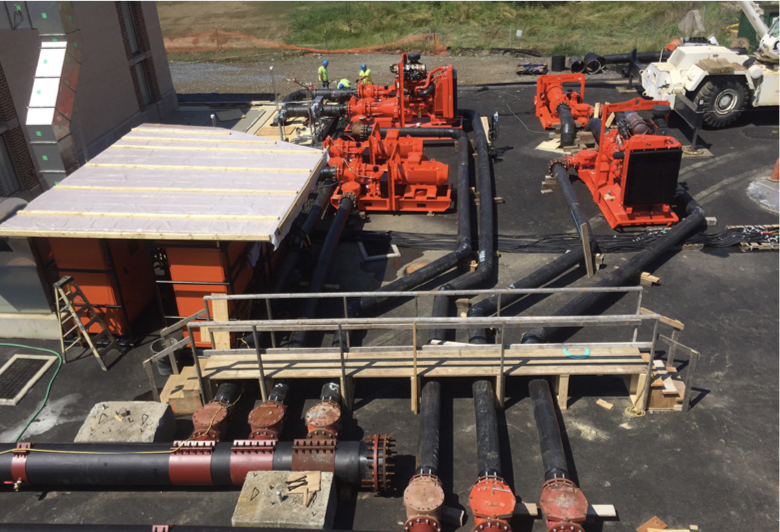