Many utilities across the United States are dealing with the challenges of aging water and sewer infrastructure, much of which was installed many decades ago. Despite their age, buried water and wastewater pipelines remain the most valuable asset a utility owns. In many cases, the value of buried pipelines represents two-thirds of the utilities total assets. 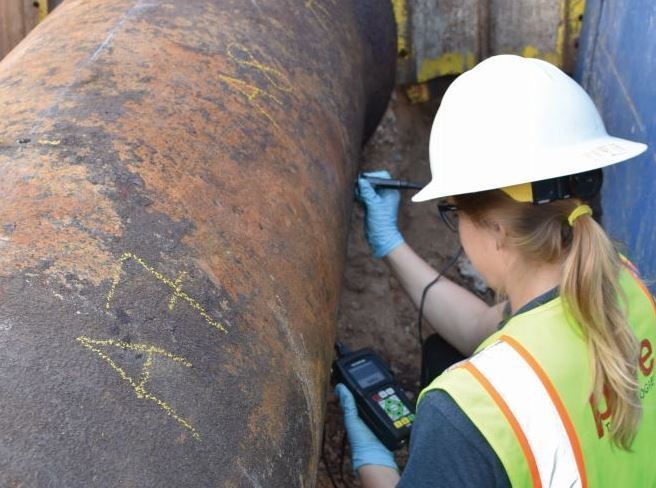 For water service providers, an increased number of leaks and pipe failures have resulted in negative public perception about the condition of water infrastructure. For wastewater utilities, force main failures are leading to more strict regulation and consent decrees mandating renewal of wastewater assets.

As these challenges become more prominent with the media and public, utilities are under more pressure to renew this infrastructure through rehabilitation or replacement programs.

Unfortunately, the vast majority of utilities do not have nearly enough capital budget to embark on major rehabilitation or replacement programs. This reality has created a major funding gap between what is needed to rehabilitate, replace and expand water and sewer infrastructure and what is actually possible. Some estimates of this gap are as high as US$1 trillion over the next 25 years.

Even if adequate funding were available, the rehabilitation or replacement of assets based on age alone would be irresponsible with so much value tied up in these assets. Utility operators should treat these assets as they would their vehicle. In the case of a car, the first instinct when there is a problem is not to replace the entire car. Instead, the car would be evaluated by a professional and repaired where needed. This often represents a small fraction of the cost of replacing the entire car, and can restore it to fully working condition.

Embarking on a pipeline management program follows the same mentality – assess the condition of the pipeline assets before replacing them entirely. This is supported by the fact that the U.S. Environmental Protection Agency estimates that 70 to 90 percent of pipe that is replaced has remaining useful life. By replacing pipelines without first determining their condition, utilities are likely replacing a large amount of pipe with remaining useful life. This is particularly important for large-diameter pipelines, since the cost of replacement can be upwards of US$2.5 million per mile of pipeline.

One of the most important aspects of a management program is using risk to make a plan. Depending on the size of the utility and system, there might be hundreds of miles of large-diameter pipeline. While assessing an entire system can seem daunting, it is not as daunting as replacing the entire system, and can be made a lot more manageable by using risk to prioritize the pipelines.

This process involves analyzing various factors such as but not limited to: redundancy, location, operating pressure and environmental factors to identify pipelines that carry a high risk if they were to fail. After completing this process, asset owners are equipped with a risk-based pipeline-by-pipeline list that can be used to develop yearly prioritized inspection plans; the most critical assets are assessed and renewed first, while low-risk assets are scheduled for a later stage in the program.

This approach has been employed for several utilities across the United States, many of which have managed and renewed their critical assets for between 5 and 15 percent of the replacement cost estimate, which has at times is in the billions of dollars.

One example of this is the Washington Suburban Sanitary Commission (WSSC), who manages roughly 145 miles of prestressed concrete cylinder pipe (PCCP) for 6 percent of the US$2 billion replacement cost. Since employing this approach, WSSC has drastically improved the reliability of its water network by avoiding large-diameter pipe failures. To see a full WSSC case study, click here.

The Miami-Dade Water and Sewer Department (WASD) has also successfully managed its large-diameter pipeline assets using a risk based approach. The majority of WASD’s large-diameter water and wastewater pipelines is made of PCCP. In total, WASD has more than 250 miles of PCCP 48-inches and larger that has been installed since 1949. In 2010, WASD began the Infrastructure Assessment and Replacement Program (IAARP) to renew its water and wastewater assets, including pipelines, treatment facilities and pumping stations.

As WASD inspects its PCCP assets each year, the typical number of segments showing any type of degradation has not exceeded 2.5 percent on average; less than 1 percent requires some sort of rehabilitative action with no parts of the system being immune to rehabilitation, regardless of their age or manufacturer. Considering that less than 1 percent of pipes require immediate action, a full replacement program would end up replacing pipelines that, for 99 percent of the system, have a significant remaining useful life.