If America’s water infrastructure was a carton of milk in your fridge, you would have thrown it away a long time ago. If it was a student, it would be getting barely passing grades. So what’s gone wrong? Making Waves spoke with Joe Vesey, Senior Vice President and Chief Marketing Officer at Xylem, to learn about the problem and how it can be fixed.

“A lot of America’s water infrastructure was constructed over 100 years ago,” Vesey says. “Installations peaked between 1925 to 1940. Most of that infrastructure has a useful life of 50 to 75 years, so on average we are well past that.” 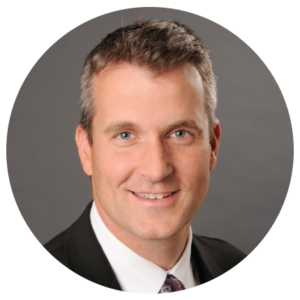 This outdated infrastructure results in a lot of leaks. Some experts estimate that more than two trillion gallons of treated water is lost every year in the US due to leaks and breaks in water mains. Water utilities, already struggling with limited budgets, are spending money to treat water that is never used or paid for.

“I have a lot of respect for our customers and the work that they do in their communities,” Vesey says. “They have a fairly small budget given their challenges, yet they are able to use their older asset base to deliver high quality, reliable water to millions of customers. There is a lot of ingenuity that goes into this that they don’t get much credit for.”

Despite the best efforts of water utilities, it can be difficult for them to manage infrastructure that in some cases is more than a century old. Aging water mains are a good example of this. According to the American Water Works Association (AWWA), there are an estimated 240,000 water main breaks per year in the US.

In 2015, for example, residents of the Hollywood Hills in Los Angeles were woken in the middle of the night by water flooding into their homes. A cast-iron water main, installed in 1926, had burst and flooded 100,000 gallons of water into the neighborhood, cracking sidewalks and submerging cars.

Combined sewer overflows are another big problem when it comes to water infrastructure.

“I remember several years ago, all of the beaches around New York were shut down on July 4th due to overflows,” Vesey says. “When sewer and stormwater systems share the same pipes, this can lead to contaminated water flowing into lakes and oceans. Infrastructure that could prevent this has never been installed in some places, and it’s a major problem in the northeast.”

A barely passing grade for US water infrastructure

The American Society of Civil Engineers recently released its 2017 Report Card for America’s Infrastructure, which comes out every four years. The report card gave the US’s overall infrastructure a D+, and drinking water and wastewater treatment infrastructure did no better, earning a D and D+, respectively.

“Years of treatment plant upgrades and more stringent federal and state regulations have significantly reduced untreated releases and improved water quality nationwide,” the report states, but notes that more must be done. “It’s expected that more than 56 million new users will be connected to centralized treatment systems over the next two decades, requiring at least $271 billion to meet current and future demands.”

Climate change and a growing population

America needs new and upgraded infrastructure not just because the current system is old, but also to meet new demands.

“Climate change is also driving the need for new, more resilient infrastructure,” Vesey says. “In the past couple of years we have had fifteen 100-year floods, which are supposed to happen every 100 years. We’re experiencing more severe flooding and more severe droughts than ever before, both of which are putting more strain on our infrastructure.”

Another issue is that rising sea levels are causing saltwater intrusion and flooding along the coasts, especially in southeast Florida.

“When people think of water infrastructure, they think about the actual assets, and that’s generally correct,” Vesey says. “However, we also need to think about how this infrastructure relates to our water supply. Utilities need innovative yet practical solutions to saltwater and brackish intrusion and depleted aquifers, which is a problem in places like Kansas and California. In the case of depleted aquifers, Xylem has already developed a water reuse solution for Los Angeles to help them replenish groundwater.”

In addition, as the population grows and more people move to cities, this will place more demands on urban water infrastructure. According to the AWWA, approximately $1 trillion will be needed to maintain and expand services for drinking water in order to meet demand over the next 25 years.

Why the US hasn’t invested more in water infrastructure

“There are several reasons why we haven’t invested more, and one of them is that these assets tend to be out of sight and therefore unfortunately out of mind,” Vesey says. “Most of this infrastructure is buried. If you could show people the condition of our water and wastewater assets, there would be a strong urgency to do something. Just like if you saw a bridge that was going to fall over, you’d be likely to act on that.”

Vesey says that there has been a shift in how the US finances infrastructure. “Federal government funding peaked around 1976, when $17 billion in federal money was spent on water infrastructure. Today federal spending is about $4 billion, and funding for infrastructure has shifted more to the states, which have shifted it to rate payers.”

Vesey says that this change has made it even more important to raise the public’s awareness of the need for better infrastructure.

Changing how water infrastructure is financed

Vesey says that preserving the tax-exempt status of municipal bonds will also help. “Maintaining the tax exempt status is a way to continue to have a large pool of capital for utilities to access,” he says. “We also need to simplify and make more projects available for public-private partnerships, which is another way to increase utilities’ access to private capital.”

“Our CEO, Patrick Decker, served on the Bipartisan Policy Center’s Executive Council on Infrastructure, which outlined solutions for increasing public-private partnerships in the water industry,” Vesey says. “I’d encourage everyone to read the council’s report.”

According to a recent Circle of Blue survey, water rates are continuing to increase in large, US cities, and Vesey says that it is increasingly important that consumers understand why.

“Utilities need to do a better job of engaging with their communities,” he says. “They need to explain the challenges and why rates are increasing. Today the cost of water is actually much lower than what people pay for their cable bill. At the same time, we need to be sensitive to different income levels. Studies show that 30 percent of US citizens struggle to pay their water bill. Utilities can deploy water meters that will help them set different pricing strategies for different income levels.”

The stakes are incredibly high

“There is a ton of expertise out there today in water utilities, with a lot of ingenuity and innovation to keep our water flowing,” Vesey says. “A lot of this work goes unnoticed without a big thank you. Just imagine if more people went to their faucet and no water came out. Everyone would know the name of their local water utility for sure.”

Vesey cautions that when water infrastructure breaks down, or new threats emerge without treatment, things can go wrong fast.

“In 1993, Milwaukee had a cryptosporidium outbreak due to a malfunction in its water treatment plant,” he says. “Over 400,000 people were infected and became ill, and more than 100 people died. So the stakes can be incredibly high when things go wrong. Water utilities do unbelievable work with the limited resources they have, and we need to make sure we support them in every way that we can.”