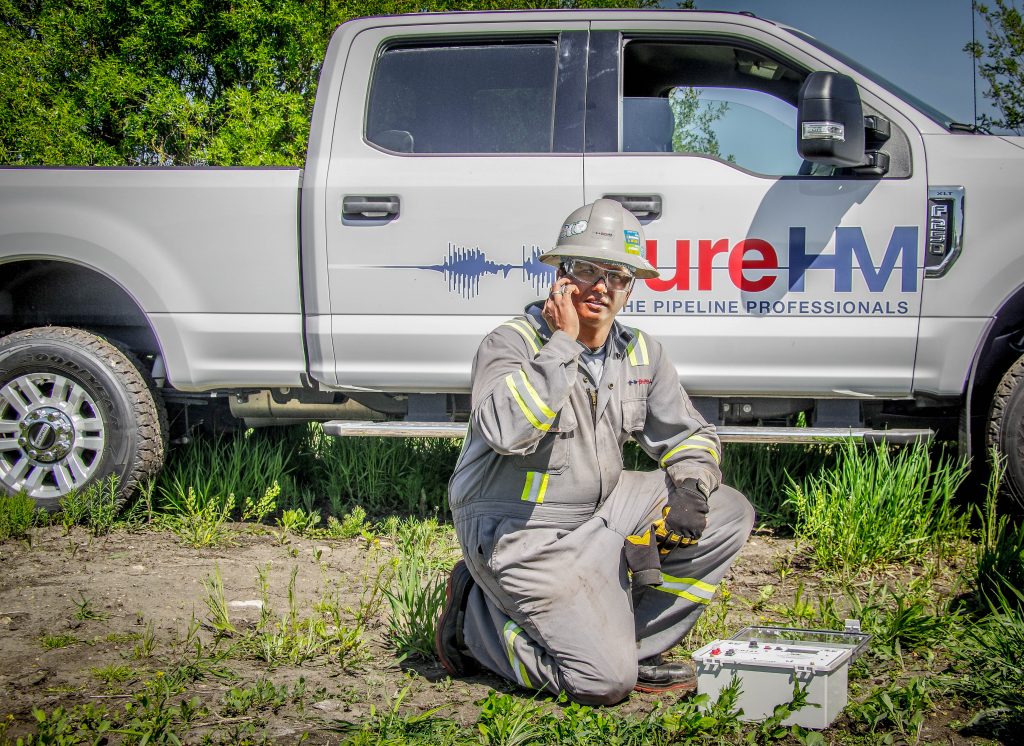 As inline inspection technology evolves, the way operators track tools through a pipeline should also evolve. Using multiple sensors to identify a pig passing an AGM is a proven way to improve the reliability of tracking.

In conventional tracking, a geophone and a transmitter-receiver system are used in combination. As the pig passes the AGM, the geophone will pick up the vibrations of the from the tool, which can then be heard by a field technician standing by on site. At the same time, the receiver will pick up a 22Hz signal from the transmitter installed on the tool. By combining the audible vibrations of the tool passing as well as the 22Hz signal, it’s possible to confirm the tool has passed a specific location. The technician on site then records the time and moves to the next site.

Although this method can be successful with highly-trained technicians, it is very susceptible to human error and doesn’t provide any recordable data to support the information provided by the technician.

While the geophone and transmitter were state-of-the-art 40 years ago, in the current digital era, using a system that relies solely on the ears of an operator is archaic and subject to user error. Using traditional tracking, the time of passage is completely dependent on the technician and when he or she decides it sounds like the pig has passed. Near roads, where cars are passing by, geophones can be very unreliable. Vibrations from moving cars can easily interfere with vibrations from the pig, essentially leaving the technician blindfolded. Additionally, the 22hz receiver can receive interference from power lines, vehicles, engines or any area with electrical currents.

To truly call an ILI program modern, the tracking of the tools should be defensible and technology-based. A modern system should use a combination of vibrational, magnetic and electromagnetic sensors, which can be cross-referenced to find the exact passage time. PureHM’s Armadillo AGMs use up to 7 sensors to track tools and record passage times. The data collected by the AGMs can be viewed in real-time by PureHM’s staff, and reviewed after a project to prove when the pig passed a specific location.

With hundreds of tracking runs completed for operators across North America, it’s safe to say that the Armadillo Tracking system provides the most reliable tracking for any type of pig, on any pipeline.