Xylem’s Flygt 4320 mixer allows operators to adjust mixing effect to meet varying application demands, enhancing operational capabilities while reducing mixing energy costs by as much as 50 percent. Mixing is performed in many stages of wastewater treatment to generate a hydrodynamic state that secures blending, solids suspension, or distribution. Here, conventional single-speed submersible mixers have traditionally been used for applications such as activated sludge treatment, sludge holding and digestion. Although the use of Variable Frequency Drives (VFD) in certain wastewater treatment plant applications has steadily increased, particularly for controlling pump driven flow, the development of equally effective systems for controlling mixer driven flow has lagged. 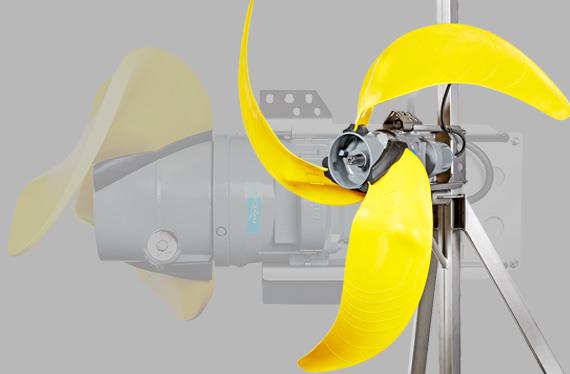