Women are significantly underrepresented in the water sector, but how can we change this? This was the subject of a session at World Water Week in Stockholm, featuring a diverse panel of experts. Here are some of their insights on what it takes for women to succeed in the field.

The session, “How to empower the next generation to close the gender gap,” was run live in both Stockholm, at World Water Week, and in Washington, D.C., at the Reservoir Center for Water Solutions. As the first parallel session of its kind for World Water Week, it included shared keynote speakers and separate panel and breakout sessions.

“The World Bank has found that less than 20% of water workers are women, and that women face gender-specific barriers to joining, staying and growing in the sector, such as a lack of role models but also harassment and gender norms,” said keynote speaker Ingrid Ask, Deputy Chief of Mission at the Embassy of Sweden in Washington, D.C.

“The underrepresentation of women also hampers growth in the global economy,” Ask continued. “According to the European Institute for Gender Equality, closing the gender gap in STEM [Science, Technology, Engineering and Math] would contribute to a 2.2% to 3% increase in Gross Domestic Product per capita in the European Union by 2050. So, there is also a very strong economic incentive here.”

“It is not enough that we tell people to work harder – some already do, but without equal opportunities and access, they cannot escape the odds set up against them,” Baloyi said. “It is our responsibility through this session, through our work, and in our communities, to afford young people exposure to opportunities.”

The session, also included four breakout sessions for participants to discuss key strategies: building self-confidence, developing peer networks, the importance of mentorship and sponsorship, and the role of male allies. 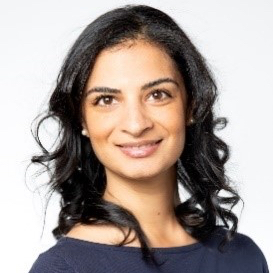 One of the panelists, Kanika Thakar, Advisor, Environment and Green Response, Swedish Red Cross, spoke about self-confidence in her role as a humanitarian aid worker responding to disasters.

“When I’m working with these communities, it’s not the men who come up and tell me that they have an issue with toilets, it’s the women,” Thakar said. “But yet when we have to do the hard work of making decisions, we’ve excluded them. I’ve realized that I have to be the advocate for those women, that I have to bring what we often call the ‘soft skills’ into the sector.”

“I am not an engineer, I have a master’s degree in integrated water resources management, which looks at the softer side of water. That means how do we talk to people, how do we bring them into a conversation about hygiene promotion, and I think those are the things that we really forget about. Don’t think that you need to go out there and get that really hard engineering degree, you can bring something else to that conversation, and we need more of that.” 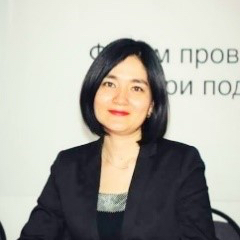 Shohida Tulieva, Senior Project Officer “Basin Management” and Focal Point “Gender and Social Equality”, Helvetas Swiss Intercooperation, discussed her work to support women’s leadership in high-level decision-making in Tajikistan, where she is based.

As part of a project in Tajikistan, Tulieva conducted a survey to learn why more women are not participating in the decision-making process in water management.

“We found that the main reasons are culture and mentality – the traditional roles and stereotypes persist,” she said. “Women are expected to be housewives and take care of kids and family members. The second very important point is about education, because many women do not have an education in the water sector, and they don’t have the confidence or ambition to participate in the decision-making process.”

3. The importance of mentorship and sponsorship 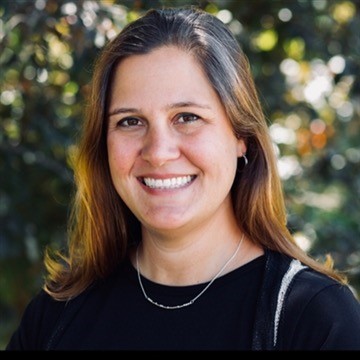 “There are only six countries in the world that guarantee equal working rights for men and women,” she said. “That emphasizes the need for male allies, as well as having other people that are going to guide you along this path. A mentor is not someone to lead you and pull you along, but is there to walk alongside you and hold you in case you trip or fall.”

“So how do you find a mentor? It’s difficult, it’s not like they’re walking around with ‘pick me to be your mentor’ signs. But I would encourage you to ask if there is someone who has empowered you – or someone who has impressed you in the work that they are doing – and approach them. Whether it’s male or female – the majority of my mentors have been male – don’t be afraid to approach them and say, ‘will you help me on this journey?’ More often than not, you’re going to get a yes – we want to be there for you.”

4. The role of male allies 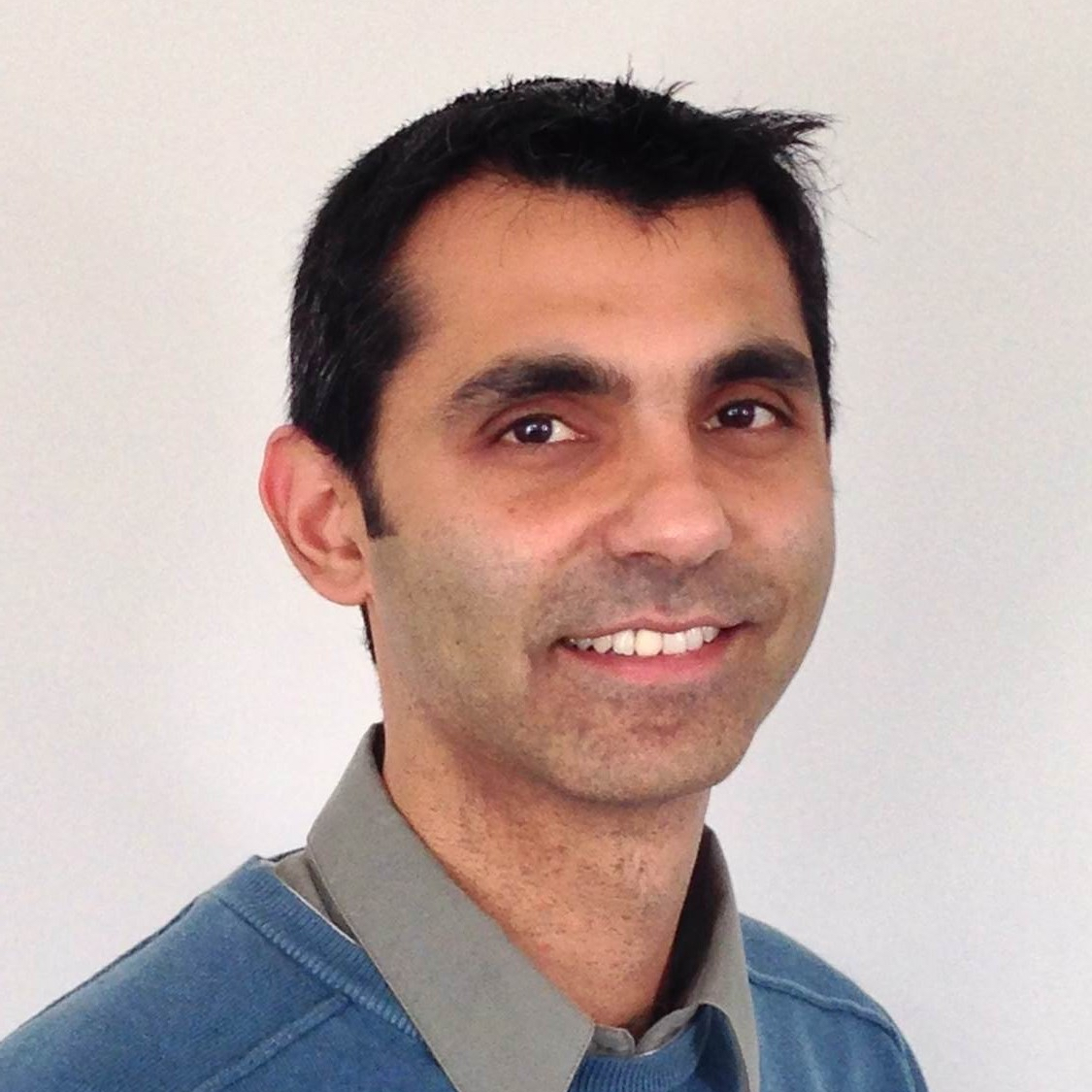 Vikram Nanwani, Vice President, Global Product Management Dewatering, Xylem, spoke about his role as a male ally in working with women in the water sector.

“Through accidents of birth and upbringing, things that I can’t control, I’ve got a set of privileges, and while I can’t control those, what I can control and choose is what I do with them,” he said. “If you really want to make a change in this area, if you’re serious about it, it’s not enough to not do the wrong things, we need to actively do the right things. We need to take action – it could be small, it could be big – but only by all of us actually taking those steps can we really drive change, and drive it at the speed that it deserves and needs.” 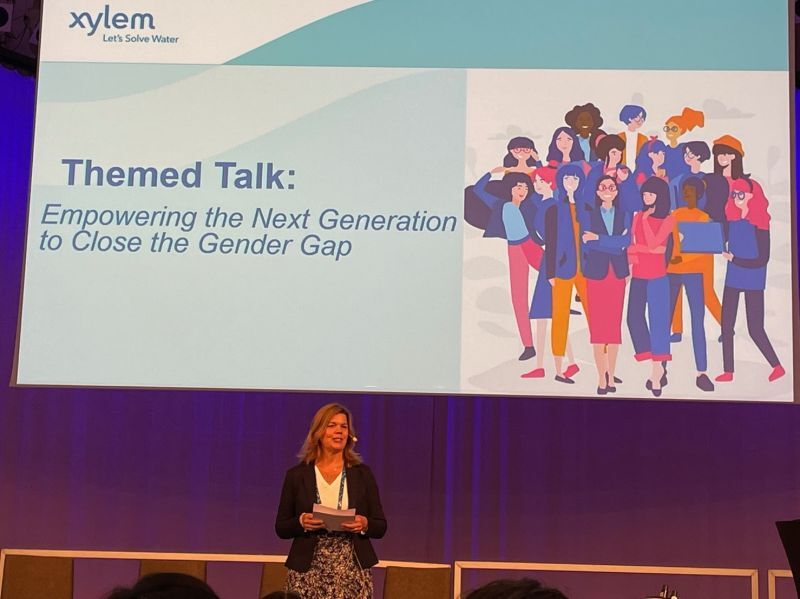 “At Xylem we recognize the power of diversity,” Hildell said. “We know how important diverse perspectives are in our mission to solve water. We wouldn’t be the company we are today if it wasn’t for diverse perspectives, voices and opinions at the table.”

You can learn more about Xylem’s initiatives to increase diversity, equity and inclusion in the water sector, including its Women's Network, Emerging Leaders Network and LGBT+ and Allies Network here.