It looks like you are coming from United States, but the current site you have selected to visit is Armenia. Do you want to change site? 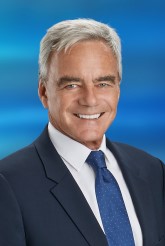 Mr. Peribere served as President & Chief Executive Officer of Sealed Air Corporation, a global manufacturer of protective and specialty packaging for food and consumer goods, from 2013 until his retirement in 2017. He led the transformation of Sealed Air from a products-based company to a knowledge-based company, with a more unified organization through the company’s rebranding, and renewed commitments to creating customer value and sustainability. Mr. Peribere previously served as the President & Chief Operating Officer of Sealed Air.

From 1977 through 2012, Mr. Peribere held various leadership roles at The Dow Chemical Company, most recently as Executive Vice President of Dow and President & Chief Executive Officer, Dow Advanced Materials from 2009 through August 2012.