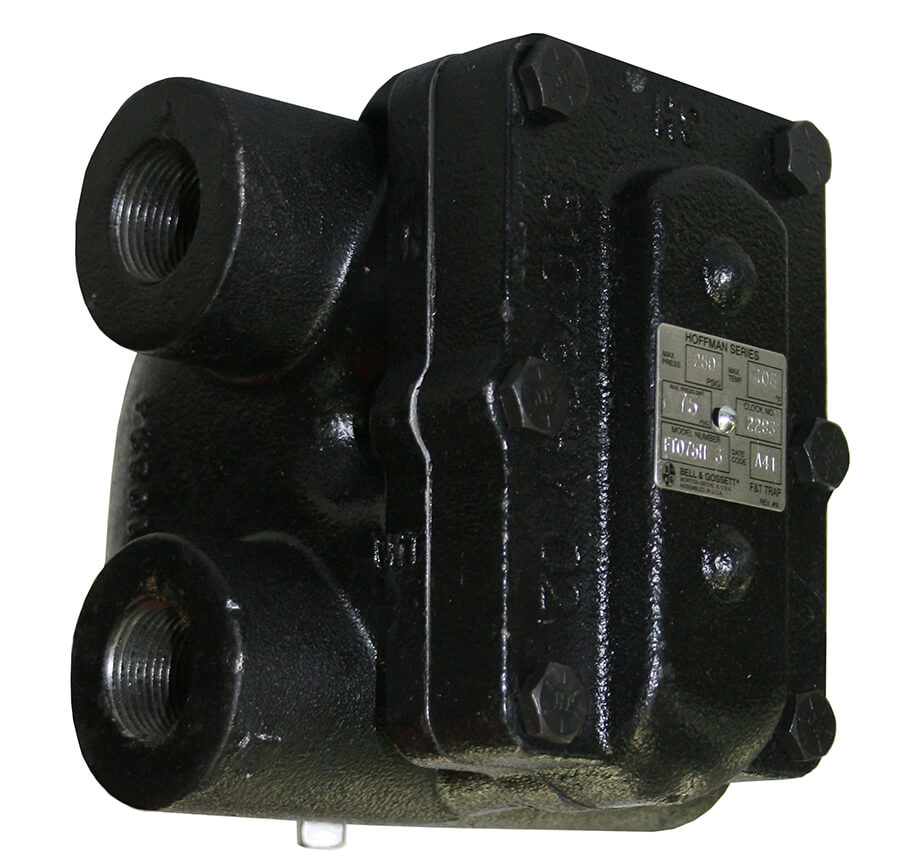 Float and thermostatic (F&T) traps have an important role in distributing steam throughout a system. They allow air to pass through into a return line allowing steam to flow properly throughout the system. Air in a steam line will prevent steam from entering the line causing increased energy consumption and lower heat output. 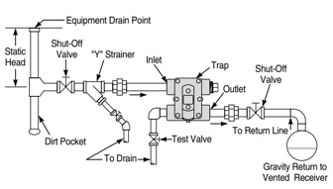 Once the air the system, the F&T trap will close against the steam allowing it to pass the steam’s latent heat to the system. As condensate builds up, the trap will quickly open allowing the condensate to drain before closing again.

These traps setup the high and low pressure sides of the system that allow steam to flow. When traps fail, allowing steam to enter a part of the system it doesn’t belong, they can cause water hammer in the system damaging components and preventing proper steam distribution.

Because F&T Traps open based on water level and not temperature, using a thermometer to check whether an F&T trap is operating properly poses its own challenge. Condensate exiting an F&T trap can be the same temperature as the steam when it enters the trap.

It has been our best practice to produce our valves with two inlets and two outlets to be sure we provide options for the end user to utilize our traps in their steam system. You will always have a discharge port left over after piping is complete but this outlet can be utilized to test the trap. By adding a nipple and valve to the extra port you can test the trap as necessary with ease. As a safety precaution, be sure to put a plug in the outlet of the valve. This will ensure that, were the valve to be opened accidentally when not used for testing, no one gets injured.

Since these traps don’t vent air to the atmosphere but simply pass it through the line, usually to a vented condensate receiver, the left over port is also a great place to add a main vent. If there’s a location where the return line drops below the inlet of the receiver the piping will form a water leg and prevent air from venting. By using the left over port for a steam vent, you can vent right at the trap allowing the steam to quickly move throughout the system.

To make our traps even more reliable we use our Dura-Stat in our F&T Bear Traps®. These traps were tested through over 10 million cycles, resisting water hammer, without a failure. By providing all stainless steel internals and a wide range of capacities we ensure we not only have the trap you need but the most reliable trap as well. In many cases our traps exceed the ratings of those offered by our main competitors. Our traps will also work as direct replacements for some competitors’ traps.

Why choose a Hoffman F&T Bear Trap®? We’ve been designing our traps to be the most versatile and reliable for years. You’ll be able to take advantage of our traps’ features while your customers enjoy the added benefits.  Click to learn more about the Bear Trap.