It looks like you are coming from United States, but the current site you have selected to visit is United Arab Emirates. Do you want to change sites? 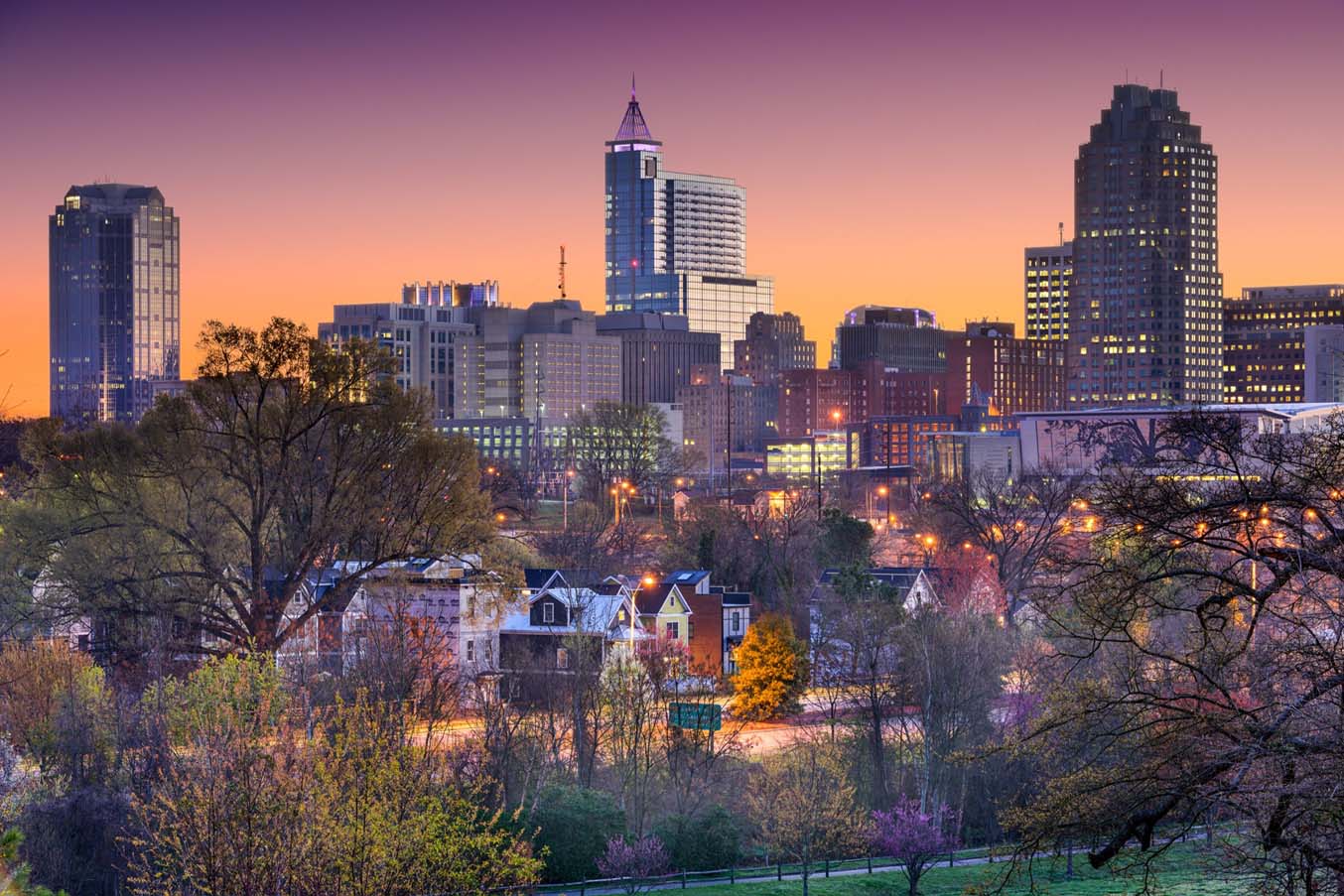 Raleigh Water takes a proactive approach to addressing pipeline risk by partnering with Xylem to conduct probability of failure analysis of entire network.

The City of Raleigh Public Utilities Department (Raleigh Water) maintains the water and wastewater infrastructure for 600,000 customers in Raleigh, North Carolina, and six surrounding communities. Raleigh’s drinking water distribution system originally dates to 1887 with the construction of the City’s first water treatment plant. The utility has documented a number of cast iron pipes installed as part of the original system throughout the heart of downtown Raleigh.

Raleigh water had been an early adopter of data-driven approaches to assessing risk and prioritizing pipeline intervention based on existing industry best practices. Even so, with an extensive network of 2,340 miles of pipeline comprised of more than 88,000 individual pipe segments, some of which date back more than 100 years, efficiently managing risk had become an increasingly difficult challenge. The utility determined that its current strategy was resulting in valuable time and energy being expended to replace assets prematurely, while leaving higher-risk areas of the network in place.

As part of a new, more proactive approach to addressing pipeline risk, Raleigh Water performed its own analysis to determine the highest risk group of pipe segments in its network. Confident in the accuracy of its results, the utility determined that validation of this work would be a key component for selecting a partner to go deeper, by helping Raleigh Water gain greater visibility into the condition of its pipelines, more accurately predict breaks, and optimize results to more efficiently prioritize its capital works.

In 2019, Raleigh Water partnered with Xylem’s team of industry and technical experts to conduct a probability of failure analysis of the utility’s entire network using Xylem Asset Performance Optimization services. Xylem combined historical pipeline break data with other infrastructure data from Raleigh Water’s Esri ArcGIS enterprise system – including pipeline location, size, length, and material – to generate risk levels for every pipe segment. Those risk levels were then applied to the distribution network layout within the utility’s Esri software to allow for additional analysis and planning.

The data was then refined further through a clustering analysis which identified and prioritized 16 specific 1.5-mile sections of pipeline containing the greatest number of segments with a high probability of failure.

Combining advanced risk analytics with Esri mapping software provided Raleigh Water with a more accurate, predictive, and targeted view of its network’s potential trouble spots than could be achieved through traditional identification methods.

Xylem’s solution identified the top 1% of at-risk pipeline segments based on their probability of failure (image on left). These assets are scattered throughout the city. Further analysis refined the probability of failure results, identifying clusters of similar high-risk pipe segments to help Raleigh Water build more efficient asset management plans now and in the future (image on right).

Xylem’s asset performance services confirmed the utility’s original analysis identifying which pipe cluster had the highest probability of failure. This gave Raleigh Water the confidence to not only move forward with its replacement plan for the original cluster, but also begin prioritizing additional projects to address the remaining 15 high-risk clusters identified by Xylem.

“Based on what we’ve seen with Xylem’s predictive modeling services, we are confident that replacing these mains is the best bang for the buck.”

To date, Raleigh Water has planned six projects using the results of Xylem’s probability of failure and cluster analyses and continues to develop more efficient asset management strategies. It estimates the work with Xylem has already saved the utility up to five days of planning time (a 75% reduction) while reducing breaks across the network.

Raleigh Water is also utilizing this increased understanding of its asset risk to guide the placement of sensors on key pipe segments. By monitoring water pressure and flow data within the high-risk clusters which have not yet been repaired or replaced, Raleigh Water is further reducing risk to its network, decreasing response times, and lessening the community impact of any breaks that may occur.

This new data-driven risk model also helps support a city-wide initiative to increase racial equity by ensuring there is no bias when selecting infrastructure projects.

As one of the first utilities in North Carolina to use advanced risk analytics, Raleigh Water is proactively working on behalf of its customers – using data to achieve new levels of visibility into its network and drive asset intervention plans that are reducing breaks and increasing operational efficiency.

Take the next step to optimizing asset performance